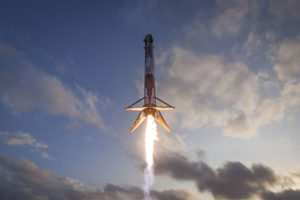 Tesla.  SpaceX.  The Hyperloop.  Think what you may about Elon Musk, no one can deny his ability to innovate, create, and engineer the technology that is thrusting us ever closer to the future.  He’s doing so right before our eyes amidst every challenge our world currently faces.

Despite the recent controversy within the ranks of his company, Musk is literally driving progress on sheer creativity and design.  Many have likened him to a 21st century Nikola Tesla; a modern Da Vinci. Whatever the opinion, what seems clear is that passion, tenacity, and determination remain proven forces behind human progress.  If not anything else, let us at least be inspired by progress and hope for the future.  And though we are not all destined to be the proverbial “renaissance man,” we can indeed take some advice from the man who might be just that:

“Work like hell.  I mean you just have to put in 80 to 100-hour weeks every week.  [This] improves the odds of success.  If other people are putting in 40-hour workweeks and you’re putting in 100-hour workweeks, then even if you’re doing the same thing, you know that you will achieve in four months what it takes them a year to achieve.”

Let’s bring our passion and tenacity into 2019 and, as Mr. Musk puts it himself, work like hell.