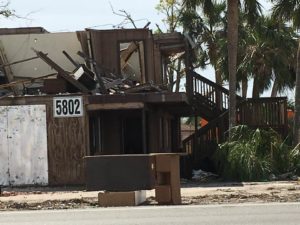 The first comprehensive bill to focus on emergency mitigation and response to Hurricane Michael was introduced this past week in the Florida Senate.  It joins a myriad of other filed bills collectively amounting to nearly $1 billion in relief and recovery funding for the October 10 Category 4 storm that claimed 43 lives in Florida and wrecked billions of dollars in damage to a 14-county area of the Florida Panhandle. 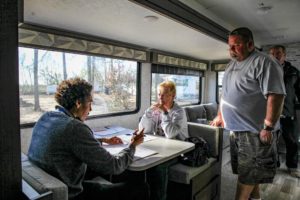 In Bay County, ground-zero for Michael, officials estimate nearly 75% of its 68,000 households were impacted.  Some folks left the area – the Bay County student population is down 14%.  An estimated 20,000 people were left homeless after the storm.  Some were able to make interim repairs and stay in their homes.  About 7,800 residents are still considered homeless, according to county officials.  FEMA has placed about 850 trailers throughout the core six-county swath of the storm, but mostly in Bay County.  It continues to provide rental assistance to nearly 20,000 residents across the region.

For those residents who were already living on the margins when Hurricane Michael hit, it’s been especially difficult, with some resorting to living in tents, five months later.  This Associated Press story provides a glimpse into their ongoing heartache.  FEMA is hiring local people where it can to assist in the recovery, with about 45 residents hired so far.

Although the state has provided about $1.2 billion to assist with the storm’s cleanup, local governments are tapped out.  SB 1610 also establishes a task force under the direction of the state Division of Emergency Management to report back by December 15 with additional recommendations on long-term recovery needs.  Senate Appropriations Chair Rob Bradley has said state spending will likely reach $2.7 billion.  See Bill Watch in this newsletter for the additional bills targeting hurricane relief. 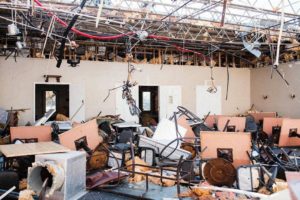 Formal approval came yesterday from the White House, that the federal government has granted 45 days of 100% federal cost share for Hurricane Michael debris removal and emergency protective measures (FEMA Categories A and B), instead of the normal five days.  Governor DeSantis had made the request to President Trump last month and gotten the President’s verbal commitment, as previously reported.

The Office of Insurance Regulation reports insured loss estimates from Michael are up almost $100 million in the past two weeks to almost $5.9 billion, with the number of claims remaining relatively flat at 143,000.  With 21% of claims still open, “loss creep” – increased expenses from processing and settling claims – as we reported in the last newsletter is impacting 2017’s Hurricane Irma claims, is now affecting Hurricane Michael claims.  It’s why analysts predict total insured losses for Michael could easily reach $10 billion.

Volunteer efforts are ongoing in the Panhandle, with donations still being accepted as well.  You can learn more and help by going to Rebuild 850.