Congressional hearings got underway recently on long-term reauthorization of the National Flood Insurance Program (NFIP) and on what, if any, guidance Congress should give to FEMA on the NFIP’s new Risk Rating 2.0 pricing program set to take effect October 1.  The program has been on short-term reauthorizations for many years and is currently set to expire on September 30.

NFIP Reauthorization: The U.S. Senate Banking Committee held its hearing on May 18.  Supporters, including the Association of State Floodplain Managers and Taxpayers for Common Sense, lauded it for being a more accurate risk rating system that could thus make rates more equitable.  Ranking member Pat Toomey (R-PA) was among members who supported it, saying its granular data will reflect in more accurate premiums.

Opponents, including the City of New York, said the new ratings would lead to higher rates in coastal areas and could even lead to a foreclosure crisis, urging that a study be done to see how affordable housing would be impacted.  Senators Bob Menendez (D-NJ) and John Kennedy (R-Louisiana) criticized the program for what they called a “lack of clarity” to policyholders, with Menendez asking for a 9% cap on rate increases.

The fact is that some rates will increase and others will decrease.  As we’ve reported, Risk Rating 2.0 applies modern catastrophe modeling and correct actuarially-sound rates to the in-debt 50 year-old NFIP.  FEMA’s Risk Rating 2.0 Florida Profile shows that 96% of current policyholders’ premiums will either decrease or increase by $20 or less per month.  Roughly two-thirds of policyholders with older pre-FIRM homes (pre-1970’s) will see a premium decrease.

The National Association of Realtors (NAR) sent a letter to the committee urging long-term reauthorization and support for Risk Rating 2.0’s sound flood insurance public policy.  For over a decade NAR’s steady, guiding hand has supported the NFIP as it diligently studied how to stem its tremendous deficit and change its financial trajectory for all policyholders’ benefit.  LMA works closely with NAR and is appreciative of its long standing flood insurance thought leadership. 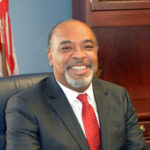 The debate included discussion of the private market as a complement to the NFIP and as reported in a recent newsletter, states are adopting versions of the NCOIL private model law.  Commissioner Mais said the current reliance on short-term reauthorizations has created a “tremendous amount of uncertainty for consumers” when navigating the flood insurance market and suggested that the NFIP could be adjusted such that individuals could test the market without losing their subsidies through the program if consumers opt to purchase private flood coverage and later want to return to the NFIP. 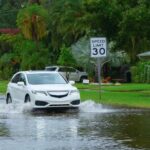 NFIP v. Private Flood: Tropical Storm Eta impacted the Tampa Bay area on November 12, 2020, flooding more than 400 homes in Pinellas County with up to 18 inches of water.  Another 1,000+ homes had water up to 3 inches inside.  This Tampa Bay Newspapers article is an interesting read on what NFIP insurance covered and didn’t cover.  It’s a lesson, too, on why private flood insurance can be a better choice, given its greater coverage limits.  For more information, visit our Flood Insurance & Resilience webpage, which includes the Top 10 Facts About the National Flood Insurance Program.