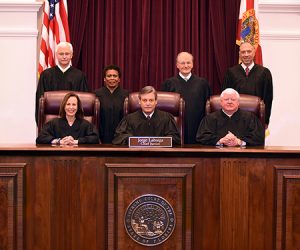 The Florida Supreme Court has agreed to hear a case that could settle definitively whether insurance companies are allowed to require that all parties with an insurable interest – including a bank or mortgage company – must sign-off on an assignment of benefits (AOB) agreement between a homeowner and a contractor for it to be valid.  Lower courts have ruled differently on the matter.

The case is Restoration 1 vs. Ark Royal Insurance Company.  As we reported here in the LMA Newsletter last September, Florida’s 4th District Court of Appeal ruled in favor of Ark Royal Insurance Company in a dispute over an AOB with a contractor hired by a homeowner to do water damage cleanup work.  Restoration 1 sued Ark Royal when it refused to pay the full amount of the claim, pointing to part of the AOB contract requiring approval from the homeowner’s mortgage company for benefits to be assigned to the contractor.

The 4th DCA decision is in apparent conflict with a December 2017 decision by Florida’s 5th DCA, which ruled Security First Insurance could not impose what it deemed “a restriction” per Florida statute.  Earlier that fall, the 2nd DCA ruled in favor of ASI Preferred Insurance that used the same language.

The Florida Office of Insurance Regulation (OIR) has said different companies using different policy form language was essentially accidental regulation created during a filing logjam several years ago that allowed the companies to submit the language in “informational filings” that OIR said it never reviewed nor formally approved or denied.

Both Restoration 1 and Ark Royal appealed this latest case to the state Supreme Court, citing the previous conflicting court opinions for the need to clarify and provide uniformity among Florida’s five DCAs.  Restoration companies have complained that “mortgage companies are not equipped, qualified, or trained in homeowner insurance claims, nor should they be,” according to the Florida Restoration Association.  Funny, that sounds like the same reason they tell homeowners to sign the AOB in the first place!

The fact is, homeowners claims have been fairly paid for decades without the need for AOB agreements.  According to the Department of Financial Services, there were 405 AOB lawsuits across all 67 Florida counties in 2006; by 2016 that number had risen to 28,200 lawsuits.  Insurers have long linked the rising AOB litigation with the rising cost of all Florida homeowners policies and sought relief through the Florida legislature.

For the seventh consecutive year, there’s at least one bill filed so far in the 2019 legislature that attempts AOB reform (see this issue’s Bill Watch).   At its semi-annual Summit next week, OIR has scheduled a session on “Florida’s Regulatory Landscape and Addressing the AOB Crisis” that we’re certainly looking forward to attending.  We expect OIR will adopt a wait-and-see stance now that the Supreme Court has taken up the issue.

The changing makeup of the Supreme Court itself (with Governor-elect DeSantis to appoint three replacements sometime after his inauguration tomorrow) also points to positive developments for consumer protection from assignment of benefits abuse.  For more background, you can read this article in the Cozen O’Connor Property Insurance Law Observer.  For a complete background on AOB abuse in Florida, visit our AOB webpage.