While we await the Governor’s signature on Florida’s new Assignment of Benefits (AOB) reform legislation, we are hearing about and exploring ourselves the loopholes that may exist in the new bill and other ways homeowners may be exploited by unscrupulous contractors and their attorneys.  The news media has also been reporting on the “last call” from the trial bar for getting AOB suits filed before the new law takes effect July 1.

HB 7065, passed by the Florida Legislature last month, is hailed as a “wake-up call for the bad actors” exploiting homeowners and the insurance industry.  You can read the bill itself or review our final Bill Watch of the session for the major bullet points.  Reaction by the trial bar has included this video asking vendors to hurry up and file their AOB lawsuits before the new law takes effect.   The media has taken note of this naughty behavior, with a Florida Watchdog recent story on the tactics of one of the trial bar’s chief instigators.

We have already begun conducting seminars on the pending new AOB law for insurance professionals.  Last week, I joined Robert Schulte of Scarborough Attorneys in Tampa for two lunch & learn sessions that were very well attended.  We went over the new reform part by part and discussed how insurance companies need to prepare to implement the law and the remaining challenges.  Please contact me to arrange your briefing and future strategy.

Lisa Miller with attorney Robert Schulte at an AOB Lunch & Learn in Tampa, May 6, 2019

At another session with American Integrity Insurance, over 350 agents joined a webinar and the questions were great.  The barometer of a good class is the questions received and we as presenters were very pleased with the dynamic and impactful information delivered.

I also sat down with insurance defense attorney Kimberly Salmon of the Groelle & Salmon firm in St. Petersburg, and Paul Handerhan of the Florida Association for Insurance Reform to talk about the reform bill and the ways it may be exploited by the bad actors.  Our conversation is the latest episode of The Florida Insurance Roundup podcast, available here.

By eliminating one-way attorney fees, the reform actually incentivizes both the vendor and the insurance company to get as close to the actual claims damage amount as possible.  Whoever is closest to their number has the better chance of getting the claim fully resolved and also being able to recover their attorney fees.  Both now have skin in the game. 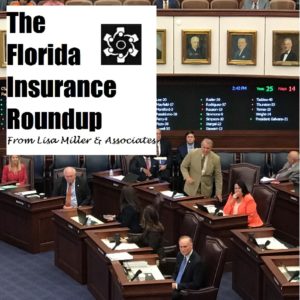 “It’s going to enable the insurance company by the tools that it gives them and by the timeframes that it prescribes, an opportunity to actually evaluate the scope and cost of the repairs, of the damage, and it actually incentivizes both the insurance company and the vendor to resolve the matter as fairly and quickly as possible, which is going to be a direct benefit to the consumer.  So it’s win-win,” said Salmon, whose firm has handled thousands of AOB cases on behalf of insurance companies and their policyholders.

The three of us also discussed various emails and blogs in the marketplace with reaction to the bill’s passage.  One blog said the bill itself will actually increase the number of lawsuits, referencing the 7-day time period for an insurance company to inspect a property after First Notice of Loss, and concern it would leave a window of opportunity for mold to grow.

Handerhan noted that reference pertains only to insurance companies that don’t choose to inspect and “if they don’t, they may not be entitled to collect attorney fees if the case winds up going to litigation.”   He said their failure to inspect within 7 days in itself, would not be a cause for action.

We also talked about ways the bill may be exploited.  Salmon noted the bill creates conditions prior to a vendor filing a lawsuit against an insurance company.  One of those (along with examination under oath and recorded statements) is that if appraisal is in the policy and demanded, the vendor is required to go to appraisal.   While appraisal sounds good and is binding, she cautions insurance companies to carefully weigh options before electing appraisal.

We also discussed the potential for bad faith to become a factor and how power of attorney may play a role in future claims disputes, post-reform.  As we always do, we took the notes on this podcast, so even if you cannot listen to it in its entirety, we urge you to read the show notes to get the full summary.  With the legislature fully awoken to the abuses of AOBs, I would caution any third party vendors and attorneys of future attempts to thwart the intent of this reform.  We’ll be watching!