Florida’s seven year wait for meaningful reform of Assignment of Benefits (AOB) abuse is over.   The Florida Legislature has passed a measure to level the playing field for consumers and reduce the skyrocketing rates of litigation filed by vendors against insurance companies, driving double-digit rate increases.

Hailed as a “wake-up call for the bad actors” exploiting homeowners and the insurance industry, what exactly does the reform do and what doesn’t it do?  What impact is it expected to have with more than half of Florida’s insurance litigation today now involving an AOB?  And what creative alternatives and other shenanigans still exist for further scams? 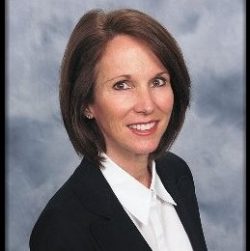 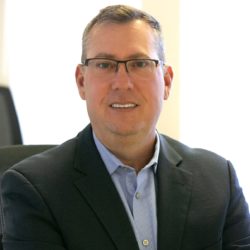 An Assignment of Benefits (AOB) agreement is a legal contract that allows repair vendors to receive payments directly from insurance companies for work they perform at a policyholder’s home, without the homeowner having to pay money upfront. While it sounds good, unfortunately in the past seven years in Florida, unscrupulous vendors and their lawyers have taken advantage of AOB to take control of a homeowner’s policy, then inflate the scope and cost of claims and sue the insurance company if it refuses to pay the inflated bills.  The number of property insurance AOB lawsuits rose 900% from 2008-2018.

In late April 2019, the Florida Legislature passed HB 7065 which puts new requirements on assignees (contractors and other vendors) and insurance companies.  An AOB must now provide the following:

The bill also allows an insurance company to offer a policy prohibiting assignment in an effort to lower homeowners policy premiums, which have grown by double-digits.

Paul Handerhan, Senior Vice President of Public Policy for the Florida Association for Insurance Reform, noted the significant consumer protections in the bill, especially a homeowners ability to get out of an AOB contract.

“That’s a dramatic improvement on the way assignments have worked in the past prior to this bill.  Literally, there was no statutory requirement for any rescission period.  If a policyholder, in the middle of the night with an emergency service, signed an AOB, they would effectively have no way of getting out of the contract,” said Handerhan, who is a practicing public adjuster.

The bill also revises the current one-way attorney fee system which was seen as incentivizing lawsuits and institutes a new formula, based on the disputed amount: the difference between the assignee’s presuit settlement demand and the insurer’s pre-suit settlement offer.  If the prevailing judgment is:

If the insurance company fails either to inspect the property or to provide written or verbal authorization for repairs within seven calendar days after the first notice of loss (FNOL), the insurer waives its right to an award of attorney fees, except for circumstances beyond its control.  The formula does not apply to lawsuits filed by policyholders, who would still enjoy the protections of the one-way attorney fees under 627.428 F.S.

Kimberly Salmon, a partner with the Tampa firm of Groelle & Salmon, said that under current law, when she and other insurance defense lawyers go to court, if the vendor wins the case by just $1, the vendor is entitled to attorney fees under the one-way fee statute.  She told Lisa that after this law is enacted, vendors will be restricted on what they can recover, together with broader impacts.

“It’s going to enable the insurance company by the tools that it gives them and by the timeframes that it prescribes, an opportunity to actually evaluate the scope and cost of the repairs, of the damage, and it actually incentivizes both the insurance company and the vendor to resolve the matter as fairly and quickly as possible, which is going to be a direct benefit to the consumer.  So it’s win-win,” said Salmon, whose firm has handled thousands of AOB cases on behalf of insurance companies and their policyholders.

Lisa and her guests discussed various emails and blogs in the marketplace with reaction to the bill’s passage.  Some include concerns of an already-seen ramp-up of marketing efforts by some trail lawyers to encourage the filing of AOB lawsuits before the new law is enacted.  One blog said the bill itself will actually increase the number of lawsuits, referencing the 7-day time period for an insurance company to inspect a property after FNOL, and concern it would leave a window of opportunity for mold to grow.

Handerhan noted that reference pertains only to insurance companies that don’t choose to inspect and “if they don’t, they may not be entitled to collect attorney fees if the case winds up going to litigation.”   He said their failure to inspect within 7 days in itself, would not be a cause for action.

Lisa and her guests also talked about ways the bill may be exploited.  Salmon noted the bill creates conditions prior to a vendor filing a lawsuit against an insurance company.  One of those (along with examination under oath and recorded statements) is that if appraisal is in the policy and demanded, the vendor is required to go to appraisal.   While appraisal sounds good and is binding, she cautions insurance companies to carefully weigh options before electing appraisal.

“The statute says that for purpose of these post-loss benefits, the vendor is standing in the shoes of the insured.  Under current case law, it looks like an appraisal award could trigger the right to file a bad faith suit and under the wording of this statute, the question is, does the vendor have those same rights?  So I’d be very cautious about the language in an insurance policy if there is a unilateral right to demand for appraisal,” Salmon said.

The other section of the bill that is worrisome to Salmon references a power of attorney that grants a management company, family member, or others the authority to act on behalf of the insured.  “So possibly, with a limited power of attorney, someone in that position could file a lawsuit on behalf of the insured.  That would really be a way around the protections that were intended and all of the work that went into this bill,” Salmon said.

Host Lisa Miller, a former deputy insurance commissioner, warned “the creative lawyers that have been preying on consumers and causing this insanity” who may be listening to the podcast.  “I would caution you that the legislature was listening to consumers complain about this, that had been victimized by the use of an AOB and the resulting litigation explosion that has occurred because of it, and I believe that any attempt to thwart the intent of this legislation will be dealt with summarily in coming session that starts in January.”

Lisa and guests also discussed the upcoming Florida Supreme Court case of Restoration 1 vs. Ark Royal Insurance Company that we have been following closely.  It will address the question of whether insurance companies have the right to require that all parties with an insurable interest sign an AOB contract, including the homeowner’s mortgage company.

“I have every reason to believe that the Court with everything they have seen thus far, will uphold the Ark Royal decision.  I’m very hopeful and competent,” said Salmon.