Just one of FEMA’s bold proposals 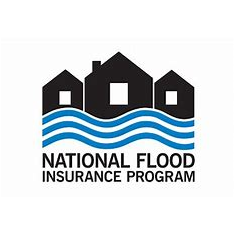 FEMA is proposing what many are describing as the most dramatic changes in the 54-year history of its National Flood Insurance Program (NFIP).  It recently submitted a long-term reauthorization proposal to Congress that tries to strike a balance between providing needed federal flood insurance to a growing number of Americans at risk and stemming the flow of red ink from subsidized rates and policies that has created a $20.5 billion debt.

The 104-page proposal would:

Floridians are the largest customers of the NFIP, with 1.7 million of its 5 million polices, most of them in South Florida.  These proposed changes go well-beyond its recently-implemented Risk Rating 2.0, a new pricing methodology to more accurately price rate to individual property risk.

FEMA said in its proposal that ending NFIP coverage for new homes in coastal and other flood-prone areas would create “an inventory of new flood risk properties that private property insurance companies could compete for in a marketplace without a subsidized government program.”  Also significant is its proposed approach to “repetitive loss properties” (RLP), which represent only 1% of its policies but consumer 30% of claims payments.  FEMA would cancel coverage on properties that receive four claims payments of at least $10,000 each.  Florida is among the five states with the most RLPs, with 15,000 of the 150,000 such properties nationwide.

FEMA’s proposal, which includes a request to cancel its debt, was sent earlier this month to congressional leaders who would have to approve each part of it.  It met with mixed reviews by the Senate Banking Committee on June 16.  Senator Bob Menendez (D-NJ) was quoted before the meeting as saying the idea of refusing new polices in flood areas “runs completely counterintuitive to the goals of the program.”  But Senator Pat Toomey (R-PA) said “We should not provide flood insurance subsidies that encourage people to live in a flood-prone area.”

The NFIP is operating under a short-term reauthorization (its 21st in the past five years) which expires September 30.  It’s considered likely that another long-term reauthorization, along with the rest of FEMA’s proposal, will have to wait for the new Congress seated after the November election.  For more information on these topics, visit our Flood Insurance & Resilience webpage.