A new survey suggests that rising sea levels are not having much of an impact on Miami’s housing market, while another study shows that with greater awareness will come some potentially catastrophic impacts on Florida’s greater housing market and economy.  Plus, a success story on flood mitigation.  It’s all in this week’s Flood Digest.

Sea Level Awareness: As we shared in our last LMA Newsletter, NOAA’s latest seal level rise estimates for the country show coastal water levels rising 10-12 inches on average by 2050.  The Gulf Coast will have the largest increase of all coasts with an estimated 14”-18” rise.  But it may take more than the release of new maps to change the real estate market. 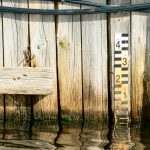 In their new book, “Housing Market Response to Sea Level Rise in Florida,” Georgia State University professors Risa Palm and Toby Bolsen surveyed 680 Miami real estate agents to examine whether projections on flooding in South Florida – made public via flood maps – result in greater market awareness and responses to this environmental risk.  “Overall, they told us they were not only seeing a very hot market for coastal property, they were optimistic about the future,” said Palm.  “The news about sea level rise and flood map information is easily available to everyone. The fact is, buyers and sellers are not responding.  People view living on the coast is an amenity and not a risk,” she said.

While acknowledging that major effects from sea level rise may be decades away and that the current emphasis is rightly on mitigation, policies need to be developed to protect housing in places where service workers live.  “Florida’s planners are reticent to acknowledge that under the most dire projections, some coastal areas will become inundated and uninhabitable within a few decades,” the report says. 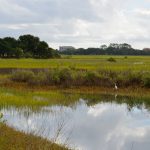 Fighting Back with Wetlands: We know that one successful mitigation measure against flooding builds on the lessons of Mother Nature: wetlands.  Wetlands reduce the force of storm surge by up to 50%.  The American Flood Coalition worked with Wetlands Watch to pilot two projects in Virginia based around wetland restoration.  We’re happy to share their key takeaways and how communities can fight flooding with their own shoreline conservation projects.