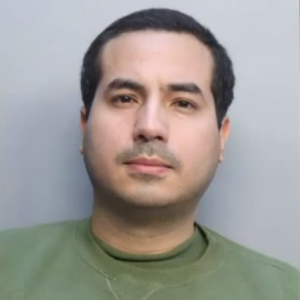 An increase in roof damage claims is one of the major reasons for Florida’s property insurance dilemma.  But too many of those claims are exaggerated or outright fraudulent, where a roofing contractor or public adjuster, often aided by an unscrupulous attorney, will approach a homeowner, do a “free inspection,” and then take over the insurance policy and file one or more questionable claims, suing if necessary to get their take. (Sometimes they never even perform repairs.)  So was our most recent case here, according to authorities.

Jairo Adolfo Rivera worked on behalf of Adjusting Experts of Miami, which offers “professional insurance claim assistance” including “Free Claim Evaluations & Property Inspections.”  Its YouTube advertisement proclaims “if you don’t get paid, we don’t get paid.”  According to the Department of Financial Services (DFS), in the spring of 2020, when folks were hunkered down at home with the pandemic, Rivera was going around a Habitat for Humanity community in the rural Southwest Florida town of Immokalee, offering homeowners free kitchens and roofs if they signed an Assignment of Benefits (AOB) contract.

The investigation revealed 32 claims were filed on 18 Security First Insurance Company policies (because of course, one claim per policy is never enough).  The claims allegedly included damage from Hurricane Irma (nearly 3 years earlier) and water damage to kitchen cabinets from kitchen sink leaks.  “Rivera allegedly insisted the insureds sign various documents including a ‘Contingent Fee Retainer Agreement’ for the Strems Law Firm.  Copies of the documents signed were not provided in most cases to the homeowners and the homeowners were never advised they were signing an agreement to hire an attorney nor authorize him to file a lawsuit against their insurer,” according to a DFS release, including “an alleged suggestion to utilize insurance benefits for voluntary remodeling rather than repair of damages from a covered loss.”  Rivera was arrested earlier this month on six counts of Impersonation of a Public Adjuster without a License, a third-degree felony.  The arrest follows two others last month in nearby Ft. Myers (see Roofers Busted in “Free Roof” Fraud).

Our readers will well-remember Scot Strems and his now defunct Stems Law Firm.  He was suspended from law practice in June 2020 and still faces disbarment.  Two of the Florida Bar’s four complaints against him are still in motion hearings.  The Bar’s complaints go into great depth about Strems relationship with various adjusting firms, who “are involved in literally thousands of claims together, more likely, tens of thousands of claims.”  One of Strems’ former colleagues, Gregory Saldamando, just had his law license suspended for 91 days by the Florida Supreme Court on a similar complaint by the Bar.

The DFS release notes that “Insurance fraud drives up rates for families statewide.  Bad actors are manipulating Florida homeowners into using their property insurance as a home warranty, instead of for emergency repairs as intended.”  Folks, that’s a cost that all of us are paying for through higher homeowners insurance premiums and insurance company insolvencies.