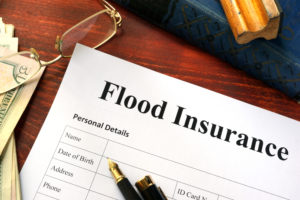 Governor Rick Scott recently signed into law HB 813 to further encourage private flood insurance alternatives for Florida homeowners and businesses.  Thanks to the leadership of state Senator Jeff Brandes (R-Pinellas County) and his championing alternatives to the National Flood Insurance Program (NFIP), Florida’s private flood insurance market is growing – from 10 companies last year to nearly 20 today – while Congress tries to fix the beleaguered NFIP.    With hurricane season upon us, the private market is seen more than ever before as a much-needed fix to the debt-ridden, increasingly expensive, federal government’s NFIP.

With less than 90 days remaining until the NFIP expires, the U.S. House is making bipartisan progress toward a series of reforms designed to tackle the program’s $24.6 billion in debt and improve access and affordability for homeowners.  Draft legislation in the 21st Century Flood Reform Act includes expanding the role of private insurers, mandating the program purchase reinsurance, and offering voluntary buyouts of properties that repeatedly flood for eventual federal demolition.   Sticking points include how to ease current regulation on private insurers to encourage their participation and how to deal with chronic flood properties that refuse to sell, especially in vulnerable coastal areas.

The bill would also lift the mystical curtain on NFIP rate making and loss information.  It mandates that past claims data be readily accessible to industry stakeholders for analytics purposes.  Mitigation is included, too, with proposed funding for putting homes on pilings to raise them above future floodwaters.  The bill would reauthorize NFIP through 2027 with approval of the U.S. Senate and the President.

The House Financial Services Committee heard from the public during a May hearing where several speakers noted that the current rate structure is unsustainable and that it’s important to clarify that private insurance meets current NFIP requirements so that Fannie Mae and others will back those home mortgages that have private insurance.  The committee also received feedback on six other flood insurance reform bills that are still in play.  These bills collectively address capping NFIP annual premium increases and eliminating the non-compete clause as well as reducing compensation for the “Write Your Own” insurance companies so they can sell private insurance while reducing NFIP costs to have them administer NFIP policies. Other innovative ideas in the proposed legislation allow local governments to produce their own alternative flood maps and require an annual outside actuarial review of the NFIP.   There’s also a provision that would require NFIP provide refunds to its policyholders who cancel mid-term so they have the freedom to purchase a private market policy when desired and not on the NFIP’s time schedule.

We are closely following state Senator Jeff Brandes’ work and dialog, with him recently citing that with ever increasing NFIP rates, it’s only natural that a private market will relieve some of NFIP’s lower-risk portfolio.   He supports a Citizens Insurance type model for the feds:  allow private insurance companies to bundle properties currently within the NFIP and take them out, just as we do with Citizens.  Great idea!  Florida is about 40% of the NFIP market and our policyholders only receive back $1 for every $4 they pay into the program.  For more on Senator Brandes’ ideas and the new improvements the legislature and Governor made to Florida’s private flood market, check out the latest episode of The Florida Insurance Roundup: Growing Florida’s Private Flood Market.

A Government Accountability Office report suggests consideration of a full bailout and forgiveness of NFIP debt to the Treasury and – in what I think will be a source for heated debate – expanding mandatory flood insurance purchases to most homeowners to help subsidize the program.  While I’m a big believer that many more people need flood insurance than currently have it (almost everyone in Florida is susceptible to flooding whether you’re in a formal high risk zone or not), we need to look at NFIP’s history to know where we have come from as we attempt to move forward.  If GAO would have us require that most homeowners in the United State purchase flood insurance, we better make absolutely certain going forward that we have full transparency of NFIP’s finances and operations, actuarially-sound rates, and a vibrant private flood market as an alternative to NFIP, to provide the price and coverage competitiveness that the federal program lacks.

We were reminded in late June with Tropical Storm Cindy just how quickly flooding can become a major problem here in the Southeast.  A few weeks earlier, heavy rains dumped more than 10-inches within 24 hours on some South Florida communities, causing flash flooding.  A recent report by CoreLogic shows that the Tampa Bay area is the third most at-risk area in the country for flood, with almost 460,000 homes at risk from tidal storm surge from the Gulf of Mexico and Tampa and Hillsborough Bays.   The cost to rebuild those homes is estimated at nearly $81 billion.

There is too much at stake.  There is no doubt that flood insurance is a necessary protection in today’s world and we need viable, available, and affordable products from which to choose.  We welcome your feedback as we follow the debate and decisions about flood insurance in Washington, DC and around the country.  Thank you.