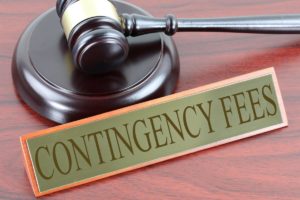 Florida’s fee-shifting statute authorizes an attorney to recover a “reasonable fee” when their client prevails.  To calculate the award, Florida courts follow the federal Lodestar method which multiplies the hours reasonably expended by a reasonable hourly rate.

However, in 2017 a single Florida Supreme Court decision on a basic insurance claim dispute case has increased fees paid to plaintiff lawyers on top of their customary $500 or more hourly rate and is raising insurance rates as evidenced by a review of rate filings and recent rate increase public hearings.   Consider these recent cases since:

Santiago v. Florida Peninsula Insurance Co. A plumbing leak resulted in a $41,000 award. Despite evidence of numerous, qualified attorneys willing to take the case, the judge doubled the Lodestar fee to $1,201,670.

Pedrero v. Citizens Property Insurance Corp. The plaintiff secured a settlement for $35,000. The court found a multiplier of 2.01 was appropriate, bringing the total attorney’s fee award to $702,927.15.

Previous to 2017, Florida used the “rare and exceptional” standard of the US Supreme Court to warrant an attorney fee multiplier.  The Florida Supreme Court decision, Joyce v. Federated National case was anything but rare and exceptional and the claim the Joyce’s plaintiff attorney made that it was difficult to find a lawyer to challenge the insurance company?  Well, as Justice Charles Canady noted in his dissent, it simply took them one phone call to obtain counsel.  Indeed, Florida has no shortage of plaintiff trial lawyers in all corners of the state, which prompted Justice Canady to conclude “the United States Supreme Court unequivocally repudiated the use of the contingency fee multiplier.  The majority’s decision here underscores the need for a full re-examination of our multiplier jurisprudence.”

As noted, the U.S. Supreme Court strongly disfavors multipliers, finding since 1992 in a majority opinion authored by Justice Antonin Scalia, that “taking account of a contingency risk again through lodestar enhancement amounts to double counting – it also encourages non-meritorious claims.” (Burlington v Dague). Additionally, the U.S. Supreme Court re-affirmed their position on multiplier use in a 2010 majority opinion authored by Justice Samuel Alito, writing that “unjustified enhancements that serve only to enrich attorneys are not consistent with the prevailing party statute’s aim.” (Perdue v Kenny).  Furthermore, they should apply only in “rare and exceptional” cases since a case’s difficulty is already reflected in Lodestar — either as more hours to overcome the difficulty, or as a higher hourly rate to obtain a more skilled and experienced attorney. 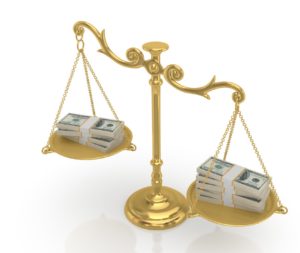 Unfortunately, in the Joyce case, the Florida Supreme Court rejected the federal standard, and in doing so, departed from decades of federal precedent, case law from Florida intermediate appellate courts, and almost all states. In fact, NO state awards multipliers in routine litigation like Florida.

The Florida Legislature has responded with two bills filed in the 2020 session (SB 914 and HB 7071) to clarify Florida law to return to the federal Lodestar standard.  Opponents of SB 914/HB 7071 say that a low frequency of fee multiplier judgments have been issued by Florida courts so we don’t need to change law to reverse the Joyce decision.  This logic is extremely flawed.

First, although fee awards including multipliers are commonplace, examples are difficult to find because there is no readily accessible way to locate county court and circuit court attorney fee awards.  Florida county and circuit court opinions are rarely published in legal reporters or captured by legal databases like Westlaw and LexisNexis.  Sometimes too, such attorney fee awards are confidential by agreement.  The examples cited above were provided by one of the parties in each case.

Secondly, while the eye-popping figures of recent multiplier awards will be factored into future rates, it is the threat of the fee multiplier that has forced some insurers to seek annual rate increases of 15% or more.  In other words, a potential multiplier award that would ratchet up fees hangs in the room when negotiations commence between parties attempting to resolve claims disputes.  Plaintiff lawyers, whose $500+ hourly fees are already required to be paid by current Florida law, use the Joyce decision to imply that if the plaintiff demand isn’t met, the insurance company could face many multiples of the plaintiff attorney’s fees required by Section 627.428, FS, the one-way attorney fee statute.  It is no secret that insurance companies are faced with a Hobson’s choice – pay the plaintiff demand with little to no negotiation, or face writing an even larger check to the plaintiff lawyer with the Joyce decision driving decision making, rather than reasonable discussion at a negotiation table.

The result?  Annual property insurance rate increases for 2019, 2020 and beyond of 15% or more.   Florida regulators recently approved a 21.9% increase for one carrier with requests for 28.1% and 36.5% from two others, pending decision.  The ratings agency Demotech recently announced it could downgrade many of the 46 Florida domestic insurers it reviews due to deteriorating financial results, created in part by increased litigation costs.

As noted by Justice Scalia, using a contingency risk multiplier encourages unworthy claims.  Prior to Joyce, the highest annual tally of statewide property lawsuits in Florida was 25,000, a number that immediately ballooned to 50,000 in 2018 and climbed again in 2019, even with six months of Assignment of Benefits (AOB) reform.  Coincidental?

SB 914/HB 7071 re-align Florida with the Federal standard.  Why wouldn’t Florida want to simply return the legal landscape to pre-2017 like the other 49 states?  The consumers of Florida lose while the Joyce decision stays intact.  There is no way to reverse its harmful effects unless the Florida Legislature acts.  Its failure to do so, will mean elected officials’ constituents – Florida’s homeowners – will end up paying the price through higher insurance rates.