As we begin 2021, most of our readers and our eyes will be focused on this year’s Florida Legislature.  The first of five weeks of committee weeks begin a week from today, leading to the start of the official 60-day legislative session on March 2.  We anticipate most of next week’s actual committee agendas to be released in a few days.  You can click to view the House schedule and the Senate schedule of events and follow along with us as we see the issues to be considered during these committee meeting timeslots.

Far be it from us to “predict” the 2021 legislative outcomes.  There are those who believe that there will be no property insurance reforms until thousands more policies are put on the taxpayer-backed Citizens Property Insurance Corporation’s books.  Currently Citizens is growing at a rate of 3,000 policies a week because its rates are cheaper 90% of the time than the private market’s.  There are those that believe the Legislature wants to prevent Citizens exponential growth over the next 12 to 18 months and will enact reforms to stop it.  And there are those who believe that the Legislature will be so upset that premiums are going up – in some cases as much as 70% – that it will pass sweeping reforms to stop the cost drivers, especially with Floridians suffering COVID’s economic devastation.  What do you think will happen?  Please let us know your thoughts directly at LisaMiller@LisaMillerAssociates.com.

There is no doubt the focus will be, in part, on stemming unnecessary and costly insurance litigation.  While Assignment of Benefit (AOB) cases have gone down, first-party litigation is way up.  One solution some lawmakers are looking at is what Texas has done, requiring pre-suit notice, along with the amount of attorney fees incurred, and the right for insurers to inspect damage after receiving those notices.  You can read more about that in a recent article that includes my thoughts and fresh insight from Senator Jeff Brandes (R-Pinellas). 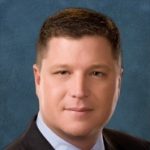 For those of you that follow certain legislators and the public policy in which they advocate, none are more prolific than the critical thinking of Senator Brandes.  It is not unusual to find a legislative session where the Senator has filed over 60 bills (most Senators file half or a quarter of that).  His current bills include contingency risk multipliers (see below), “alcoholic beverages to go”, expanding electric vehicle use, and legalizing sports wagering.

There is never a time that Senator Brandes isn’t working on a public policy issue.  To say he wants to make Florida a better place is an understatement and he is at his best when he files legislation to get “the conversation” going.  We are fortunate to have such talent in the legislature with what are the three keys to legislative success: Talent, Timing and Tenacity!

Speaking of bright and articulate legislators, LMA congratulates House Insurance and Banking Chairman Nick DiCeglie (R-Pinellas) on his recent appointment to lead this important committee.  LMA has worked with the Chairman and observed his thoughtful committee presentations and dedicated service during his legislative tenure.  We look forward to sharing with him ways to reduce consumer abuses and preventing the cost drivers contributing to Florida’s rising homeowners insurance premiums.

Here’s the list of bills we’re following so far, with more to be added in the next few weeks:

Contingency Risk Multipliers – SB 212 by Senator Jeff Brandes (R-Pinellas) is a renewed attempt to put the brakes on a growing abuse of attorney fee awards.  The bill provides that for certain attorney fees awarded for claims arising under property insurance policies, a strong presumption is created that a lodestar fee is sufficient and reasonable; and providing that such presumption may be rebutted only under certain circumstances, specifically “in a rare and exceptional circumstance with evidence that competent counsel could not be retained in a reasonable manner.”  The bill passed the House last session but got hung up in the Senate.

Hurricane Loss Mitigation Program – SB 168 by Senator Ed Hooper (R- Pinellas) continues a controversial program that while on its face appears to “harden” mobile homes from the threat of hurricanes, it has been questioned by many mitigation experts who have said the effectiveness of the $2 million annual program is doubtful.   We will keep a close eye on this bill in hopes the legislature will ask for concrete data to show the results of this appropriation post Hurricane Irma.