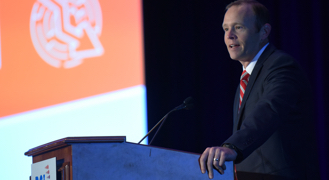 FEMA Director Brock Long kicked-off last week’s three-day National Flood Conference in Washington D.C.  It was a remarkable gathering of people coming together to address the problem of the protection gap, as well as an opportunity to work with our LMA clients and colleagues.  Long outlined his “moonshot” trajectory to make sure that the 50 year-old National Flood Insurance Program (NFIP) and private insurers can work together – each writing the policies they can to reduce the coverage gap that various panelists throughout the conference outlined in very stark terms.

Long acknowledged upfront that we can’t continue to kick the NFIP can down the road, while finding a comprehensive way to push forward to protect affordability that keeps NFIP solvent.  Insurance is the key to reducing disaster declarations he said and complained that too many folks are uninsured with too many of those talked out of flood and earthquake coverage.

Among the specific needs he outlined: better identification of where flooding will occur; better incentives for private flood insurance, with regulators facilitating the process and bankers willing to accept private coverage for mortgages; and a greater policy commitment by Washington D.C. and the fifty states and U.S. territories.

Long emphasized the importance of resilience for future disaster preparedness efforts with the focus on pre-disaster mitigation.  It’s something he’s focusing on going forward, under the banner of “FEMA Resilience,” a new organization within the agency.  FEMA’s goal is to double the number of those with flood coverage by 2023 and quadruple mitigation investment in that same time. 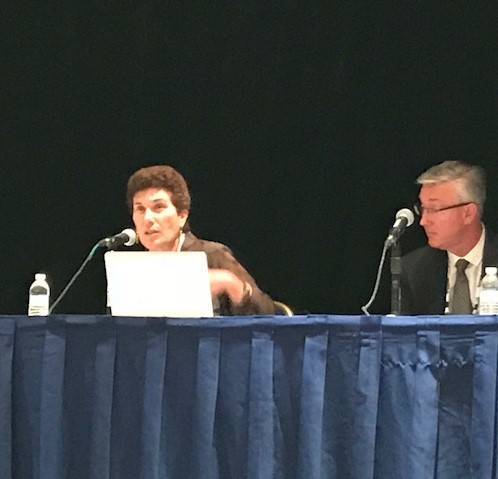 Mitigation is just what a panel of experts including myself pushed during one of the conference’s breakout sessions: how we’re still not to the place where the average consumer talks about “flood vents”, for example, the way they discuss theirdouble espresso or latte.  We had a robust discussion about the reasons resiliency makes sense from a practical and insurance standpoint.

It was Hurricane Andrew 25 years ago that really got the nation engaged in mitigation conversations. Building codes changed, especially here in Florida, which became a model for other states.  John Ingargiola, Lead Physical Scientist for FEMA, shared how building codes are the holy grail of disaster resiliency.  As we move in the direction of attempting to build higher and stronger, he said community leaders should ask themselves what’s in their building codes and more importantly, what isn’t.  Is it disaster resistant and is it enforced?  Too often, the answer is “no” and we fail as communities in this regard.

Fellow panelist Mike Graham knows first-hand the cost benefits of resiliency and is a street evangelist when it comes to flood mitigation.  As CEO of Risk Reduction Plus Group, Mike knows down to the dollar the amount of federal disaster aid that is saved when structures have flood venting in place.  Many of us know Mike as President of Smart Vent Products, a leader in wet and dry flood proofing solutions.

In the world of wind, we have pretty much perfected ways to reduce the risk of wind damaging a structure: we strap down roofs, install impact-resistant glass, and we brace garage doors.  In flood?  We elevate and we vent – thank you Mike and Smartvent!  The panel and audience discussed how we need to take lessons from our research about reducing wind risk and use that in our research to reduce flood risk.  And when we do that and we tell insurance companies how we plan to do that for the risk they insure, they will respond by giving us better pricing.

As for me, I spoke to the audience about one of my favorite topics: the Florida private flood insurance story.  Our model legislation (through SB 542and SB 1094) has been a real game-changer in encouraging a true private market in Florida.  This policy and regulatory framework has brought more private firms to write flood insurance in Florida as an alternative to NFIP’s rising premiums – and given Florida consumers a real choice.

On the disaster front, FEMA’s Long acknowledged that 2017 was a dilly, with a period where every three days FEMA was picking up a new disaster.  Despite a fulltime staff of 6,000-8,000 depending on the year, complemented by 20,000 “staff reservists”, he said that FEMA is often stretched thin.  FEMA will need local and state governments to be prepared to supply water and other essentials for the first few days following future disasters and he also wants local governments to be mini-granting authorities to get aid into the communities more quickly.  He noted that 50% of disasters are under $7.5 million – so we need to do things differently. 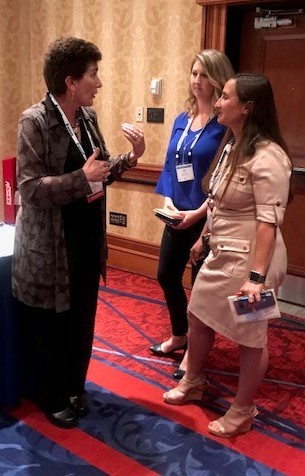 Sharing Stories with attendees after the mitigation panel discussion

Throughout the conference, there was plenty of discussion about NFIP’s shortcomings: decades-old maps, some as old as 1970; inconsistency between modeling; a lack of proper flash flooding risk; and that NFIP has violated a key facet of risk management because it’s not spreading the risk! The need for greater collaboration and leveraging new technology were common themes.  Greater use of cellphone apps, for example, could replace the need for many in-person home inspections – speeding claims.

Florida Insurance Commissioner David Altmaier told conferees his focus is on reliable, available, and affordable flood products.  He noted that 41% of Florida properties within flood hazard zones had flood insurance which meant 59% did not.  That’s 1.75 million NFIP policies covering about $434 billion in value. Meanwhile, Florida’s private market is growing, with 19 carriers as of April writing about 28,000 policies, up 8,000 policies from 2016, according to Altmaier.

What’s at stake because of the flood coverage gap couldn’t be starker.  A Munich Re study was quoted that over the last 40 years, there’s been $4 trillion of economic loss of from flood events with only $1 trillion in recovery. As a result, individuals suffer, communities don’t rebound, and taxpayers are burdened with the cost of recovery.

NFIP is using direct surveys to solicit what the agency should fix and gauge the customer and stakeholder experience.  Or you can write directly to [email protected]to send your ideas – the BIG IDEA!