The aftermath of the Parkland, Florida school shooting and other major casualty events can greatly impact the insurance companies that provide liability policies to schools, hotels, and other venues. While these policies traditionally cover a variety of more ordinary events, some policies never contemplated – and priced the risk for – the increasingly unusual catastrophic events seen over the last few years. Now there are new tools to help insurers and their reinsurers better calculate previously difficult and unmanageable risks, leading to better coverage for these venues and ultimately those they serve.

Host Lisa Miller talks with Robin Wilkinson, Vice President and Managing Director of Casualty Analytics at AIR Worldwide, a Verisk company, about its new scenario-based Casualty Risk Modeling. Ms. Wilkinson explains how the modeling works with mass casualty events, how it’s helping insurers and reinsurers better rate the risk of both sudden and systemic events, and the types of scenarios the model is being applied to currently. 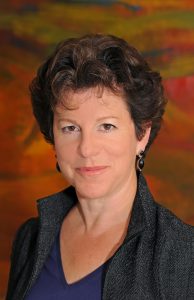 In the aftermath of the Parkland, Florida school shooting, there are a myriad of civil lawsuits against the school district and other organizations and individuals that insurance companies will now be involved in defending.  How do insurers contemplate such a horrendous event?  And from an insurance perspective, how can they really rate the risk of such an event?  The answer is they can’t – at least not well enough in today’s increasingly unpredictable environment.

Scenario-based casualty risk modeling can be used to calculate the commercial liability losses from extreme events, such as mass shootings, and in a variety of venues.  Such recent events include the Parkland, Florida school shooting, the MGM Grand Hotel Las Vegas massacre, the 2016 Bastille Day attacks in France, and the 2013 Boston Marathon.  Most scenarios impact more than one insurance line.

“We first try to understand the event, then ask – and determine – how much loss is likely to be an insured loss in that portfolio,” Robin Wilkinson, Vice President and Managing Director of Casualty Analytics at AIR Worldwide explains to host Lisa Miller.  “You’re reducing the problem from saying ‘Wow, how big could this event be?’ to ‘How much of that loss is likely to be in my portfolio?’”

This modeling tool helps venues consider the footprint or potential spread of an event, by simulating losses to a portfolio.  Liability is assessed on products and services along the supply chain utilizing a variety of information.  Insurers and reinsurers then overlay their portfolio to calculate aggregate exposure to the event, with losses cascaded down from the industry level, to the company level, and then down to individual policies.

While new modeling and technology have been a game-changer on the property insurance side, casualty modeling is more difficult and uncertain, explains Ms. Wilkinson.  “Casualty catastrophe modeling uses an economic, rather than a geographic framework, to provide the proximity and explain why various policies may be caught up in the same event,” she said.  The other challenge, Wilkinson shares, is that the future might not necessarily resemble the past, because of changing technology, regulation, and even social mores.   “It gives us essentially the casualty equivalent of a regional peril model for property.”

AIR Worldwide is modeling both “sudden trigger” and “systemic” events.  Florida has seen a lot of both over the years.  Sudden trigger events are those that happen at one time and in one place, such as the Parkland school shooting, the recent FIU pedestrian bridge collapse, and the BP Deepwater Horizon oil spill in the Gulf of Mexico.  Systemic events, while arising out of a single trigger, occur over time and involve more parties.  The contaminated Chinese drywall issue in Florida in the 1990’s, asbestos contamination, opioid abuse, and even the Bernie Madoff financial swindle are all examples.

“So instead of focusing on the shooter or perpetrator (the seeming trend now is) to look at how those events are being managed and how those venues are being managed.  This trend could result in liability insurers paying-out for losses that might be insured or uninsured losses…and where the insurers haven’t really contemplated or quantified their potential exposure,” Wilkinson said.