The emerging distributed ledger software technology Blockchain, being developed for use in financial transactions, has applications in how we manage insurance information, too. It could one day be used to reduce Florida’s nearly 27% rate of uninsured drivers – the highest in the nation – while providing added convenience and money-saving efficiencies to both consumers and insurance companies.  Blockchain technology is also touted as an answer to the current climate of data breaches and compromised personal information.

Host Lisa Miller, a former deputy insurance commissioner, talks with the leader of the insurance consortium applying Blockchain and a Florida State Senator who calls it the next wave in the insurance space, especially when it comes to fighting growing insurance fraud.  Guests on the podcast are Christopher McDaniel, Executive Director of the RiskBlock Alliance and Senator Jeff Brandes (R-Pinellas County) who discuss what exactly Blockchain is and isn’t, how it’s currently being used,  and the rapid growth opportunities this new technology represents. 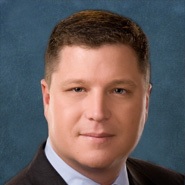 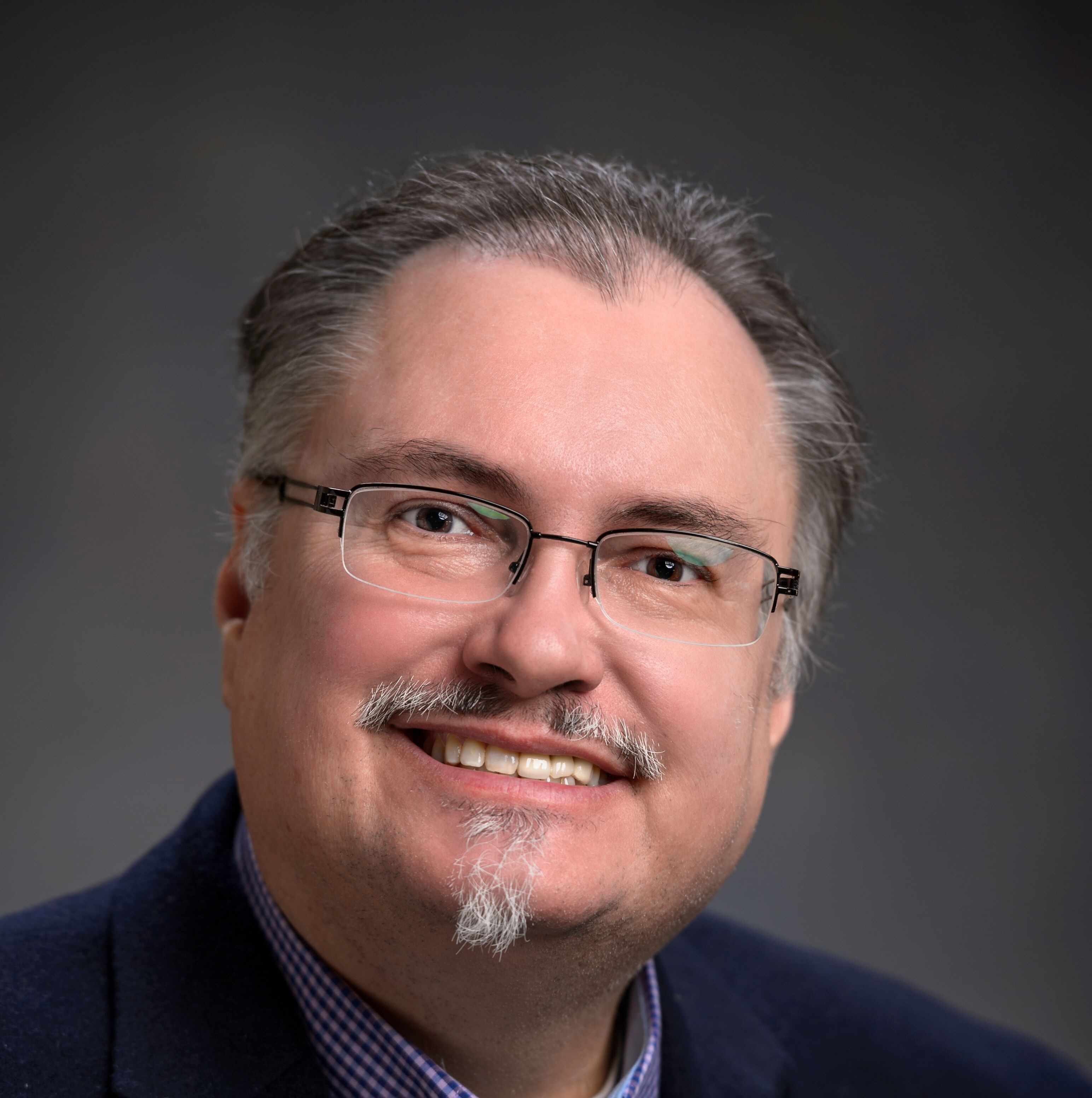 Blockchain is a new technology that is changing how we manage insurance information.  Blockchain is a distributed ledger software that uses a continuously growing list of records – known as blocks – that don’t rely on a centralized third-party vendor to administer.  Instead, each party to a financial or other transaction is networked and has the original and updated versions of the transaction, which is contained on many different and anonymous blocks.   By its design, it’s advertised as being highly resistant to any data modification by any single participant, once recorded.

Christopher McDaniel of the RiskBlock Alliance said that Blockchain unfortunately has been made out to be very complicated and that it really isn’t, despite lots of jargon that has confused both consumers and the insurance industry. And while Bitcoin also uses Blockchain technology for public currency exchange, he said there is no connection between the crypto-currency and the RiskBlock Alliance efforts.

“What Blockchain really brings first and foremost to the table is that the concept of transactions can go away.  Transactions being anything between two parties, whether that’s the consumer and their insurance agent or whether it’s the agent and the insurance carrier,” said McDaniel on the podcast.  “If you have a blockchain solution in place, everybody has ubiquitous instant access to that information.”  In addition to the information being made into an un-erasable permanent record, McDaniel said Blockchain is capable of using “Smart Contracts”, which use an “if-then” logic protocol to automate activities, saving time and cutting out middlemen.

While Blockchain applications are still very new to the insurance industry, there are applications underway right now.  Nationwide Insurance just implemented Blockchain for proof of insurance, simplifying verification of automobile insurance coverage in real time and eliminating the need for paper ID cards.  McDaniel pointed out that right now, neither party in an auto accident really knows the other person has auto insurance.  They have paper insurance cards that say they do, but that insurance may have since been cancelled, prior to the accident.

“Basically inside the mobile phone app is a plug-in, so that the two people involved in the accident can basically tap their phones together and in a matter of seconds it goes out to the Blockchain and it comes back down and says the other person has insurance and how much coverage they have,” explained McDaniel.

Florida tops the nation in the number of uninsured drivers on its roadways.  The Insurance Research Council (IRC) says 26.7% of Florida drivers drive without auto insurance, according to its latest studybased on 2015 data. The insurance industry puts the average cost of an uninsured motorist claim at about $20,000, excluding any vehicle damage.

The RiskBlock Alliance, which is part of The Institutes, an industry educational and research organization, has developed 30 different uses for Blockchain technology in managing insurance information.  The 23 companies currently involved in the Alliance include Nationwide, USAA, and Geico.  McDaniel said the number is expected to grow to nearly 60 companies by year end.

Florida State Senator Jeff Brandes (R-Pinellas County) is a believer in Blockchain’s potential, especially in the Sunshine State, and has been urging greater awareness of the technology among his fellow legislators.

“My sense is that this is the next wave in the insurance space for transactions and they (legislators) need to be able to understand and begin to find and contemplate some of the opportunities that come along with this new technology,” he shared with host Lisa Miller and McDaniel.

Brandes and McDaniel agreed that Blockchain’s proof of insurance capability could be expanded to proof of driver licenses, which would assist law enforcement and Florida’s Division of Highway Safety and Motor Vehicles to identify people who shouldn’t be driving.  Brandes said that seems like an area where some legislative authority would be required to pursue.

“One of the big opportunities that Blockchain brings is the ability to reduce fraud. To the extent that we can have all the other services and reduce fraud, I think you’re going to see a variety of businesses begin to use it.  Many of them won’t even know they’re using Blockchain technology – it’ll just be the new way to do business,” said Senator Brandes.

Not only are insurance companies starting to use Blockchain, but they’re introducing it to their policyholders’ businesses, too.   McDaniel’s pointed to two sectors – energy and trucking transportation – as examples.

“All the pieces and parts that they have need to be insured.  We’re bringing efficiencies to them through the Blockchain. A version of our proof of insurance solution for commercial trucking is reducing the current 30-minute manual process at depots…down to less than 30-seconds to prove insurance coverage. That one check, with just one trucking logistics company, happens 200,000 times a day,” McDaniel said.

“I think the exciting thing is that we’re seeing rapid adoption of this technology, largely because it drives value for insurers,” added Senator Brandes.  “These insurance companies are very focused on reducing fraud.  Obviously they see that as a negative piece to their rate base and so the opportunity for them to speed along transactions, close things out quickly, and the idea of automatic transactions, I think really appeals to them and all are strong reasons why you’re seeing large insurers begin to make this shift over.  And I think over time, that’s only going to continue.”

Blockchain provides a unique set of data from which you can then apply analytics to ferret out fraud right from the beginning and put a stop to it in a more comprehensive way than previously available.

The other big consumer benefit to Blockchain technology is data security for its users. McDaniel said the RiskBlock Alliance is looking closely at adopting the GDPR Rule, a European standard on information privacy and ownership, anticipating it will one day be the rule in the United States.

“Everybody’s seen all the stuff in the news lately about Facebook.  It really centers around the customer’s safety of their data, their right to control their data, and the right to be forgotten.  We’re going to that level here right from the beginning in what we’ve built,” McDaniel said.

On the podcast, McDaniel also shares the RiskBlock Alliance’s efforts to partner with the B3i, a European effort on the use of Blockchain technology in reinsurance.

Host Lisa Miller noted that Blockchain represents an opportunity to bring insurance innovators together with public policy innovators to collaborate on creating new and better insurance products and services for the marketplace.  And what better place to do so than here in Florida?  She said that Blockchain could also help regulate our new medical marijuana industry here in Florida.  “There are exciting times indeed to look at technology that can help us work smarter – not harder – while providing enhanced consumer value and protection,” said Miller.