It’s an insurance agent – it’s an adjuster – it’s an underwriter – no, it’s an Insurance Nerd!  In an industry that sometimes screams boring and is full of complex, technical jargon, comes a refreshing team of veteran insurance professionals that are out to change that. Their goal: to engage younger people considering different career paths and show them that insurance can be fun and personally satisfying work.  Along the way, they’re changing the stuffy corporate culture that is often a barrier to Millennials and Generation Z’ers joining the industry.

Host Lisa Miller talks with Nick Lamparelli, a 20+ year industry professional who is Chief Evangelist for the Insurance Nerds.  He talks about the talent gap that exists in the industry today, the surprising challenges he and his colleagues have encountered, and shares the answers they’ve uncovered to successful recruiting. 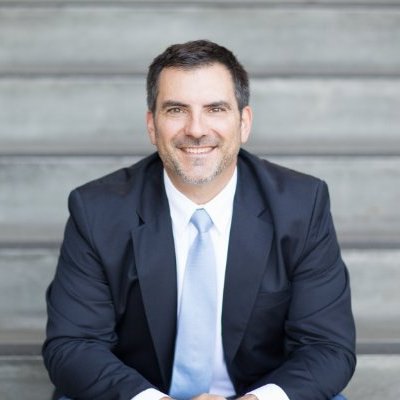 Nick Lamparelli of New Hampshire has worn many hats in his insurance career.  He started his career as an insurance agent, then moved on to become a catastrophe modeler and a consultant for big firms, such as QBE, Marsh, and AIR Worldwide.  He’s Chief Underwriting Officer for reThought Insurance Corporation, a firm he co-founded in 2017.  Yet, something has been missing along the way.  When he was invited to join some like-minded industry professionals in a brand called “Insurance Nerds”, he tells Lisa Miller that he just had to say “Oh yeah!”

Insurance Nerds is a consultancy that is the go-to source for transformational talent delivery and career management serving the insurance ecosystem.  Lamparelli said that ecosystem includes insurance carriers, agents, brokers, third-party administrators, and reinsurers.  Not only do the Insurance Nerds figure out how to engage college students and recent graduates across disciplines to consider an insurance career, but they also make sure the industry is ready and attractive for these younger folks.

Lamparelli said that rather than a boring, complex, and overly technical field of work, insurance in reality is science, economics, finance, and marketing.  “There’s a home for almost anybody here,” he told Miller.

But Lamparelli said that employers “are not prepared – they have a cultural mindset that goes back to the 1970’s.” So part of what Insurance Nerds has had to do is change that mindset so that young professionals can start their insurance job and have what he described as “the transformative moment” where they realize that insurance is indeed the career for them.

The Insurance Nerds have discovered that many younger adults have a total lack of knowledge about insurance because they’re usually not exposed to it until well into their adulthood, usually when it comes time to purchase auto insurance for the first time.

Host Lisa Miller, a former Florida deputy insurance commissioner, noted that insurance is a noble profession; that those working in it are helping people protect their lives, families, and property.  Despite that, there are shortages of talent in key functions, including agents, estimators, appraisers, and underwriters – whom Miller refers to as “the wizards of the insurance industry.”