2018 was a tough year for flooding in the United States, and nowhere worse than in the Carolinas, where Hurricane Florence dumped three feet of rain in spots.  Damage is estimated at $13 billion but at least half of that is uninsured – as most residents had no flood insurance.  While some didn’t know they needed it, others took a gamble by going without and lost.

But the bigger folly some argue is federal flood insurance itself which encourages some homeowners to disregard risk, by providing subsidized premiums at a level far below what’s actuarially-required to cover the claims’ costs.  The same program also pays homeowners to rebuild their flooded homes in the same low-lying spots, over and over again.

How can we better protect our lives and property from flood waters?  And what urgency will Florence bring to the debate on providing better flood insurance protection for coastal and inland residents alike?  Host Lisa Miller sat down with a catastrophe risk modeler and a coastal flood scientist to get some answers. 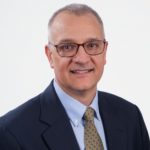 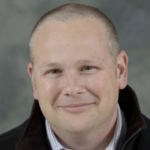 Dr. Robert Young, Professor of Coastal Geology and Director of the Program for the Study of Developed Shorelines, Western Carolina University

Lisa’s guests are both PhD’s – one working in private sector flood insurance and the other in public university research on flooded coastlines – and both are focused on mitigating risks.

Dr. Roger Grenier is Senior Vice President and Global Resilience Practice Leader at AIR Worldwide in Boston.  His team has worked since 1992’s Hurricane Andrew to develop catastrophe modeling as a way to predict the severity of extreme events.  Their data and analytics has helped make the insurance and reinsurance industries more resilient over time.

Dr. Robert Young is a Professor of Coastal Geology and Director of the Program for the Study of Developed Shorelines at Western Carolina University in Cullowhee, North Carolina.  His team of scientists and policy analysts examine how storms and sea level rise are changing America’s coastline and communicate their findings to policymakers.  From individual homeowners to local communities to federal agencies, they have developed tools to protect from and adapt to flood risks. 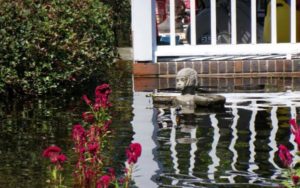 Dr. Grenier said advances in modeling technology are having a greater influence in assessing and pricing flood risk.  Older mapping technology, largely based on historical data, such as stream flows and hazard areas based on land use, has been used primarily by the National Flood Insurance Program (NFIP) to determine risk and rates.  The NFIP has evolved over its past 50 year history and is now beginning to adopt catastrophe models.

“When you develop a model, you can look forward and assess not only changes in land use but also changes in the climate and that’s how our models are driven, by starting really with a climate model as opposed to relying strictly on historical data,” said Dr. Grenier.  Modeling brings other benefits: its cost and scalability mean more frequent updates and more realistic gray areas of risk in place of black and white maps, where a property is strictly “in” or “out” of a particular flood zone.

The podcast also discusses policies on pricing risk and funding rebuilding after flood calamities.  Dr. Young said federal policy provides “moral hazards”: incentives to do the wrong thing rather than the right thing.  After storms, federal flood insurance and federal Stafford Act disaster funding pay to restore homes and sometimes elevate properties and structures to help prevent future flooding, something he said is only a partial solution.

“If you lift-up an oceanfront home, you still have to hold the shoreline in place.  And if you raise a community anywhere in the floodplain, you still have to get utilities to that community and get transportation in there.  The biggest problem that I see right now is that there are very few incentives to change the exposure map for these communities, to get some properties out of areas that are in the floodplains,” said Dr. Young. 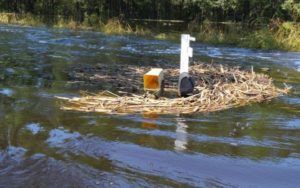 Case in point: Dauphin Island, Alabama.  This community of repetitive loss properties has received seven disaster declarations in the past 30 years.  There have been properties rebuilt multiple times in the same location following successive storms, thanks to federal and state subsidies that rebuild the infrastructure.  From 1978 through September 2018, the taxpayer-backed NFIP has paid out more than $68 billion in claims – historically, nearly 30% of claims are paid to the 1% of properties classified as repetitive loss properties.

“It’s not the folks on Dauphin Island that are crazy, it’s the rest of us that are crazy for allowing that to happen,” said Dr. Young.   The answer he said is changing incentives by finding a way for the true cost of living in these dangerous places to be incorporated in the cost of these properties.  The imbalance occurs in both high-cost oceanfront investment properties but also in affordable housing communities along our coastline.

The podcast also discusses this year’s White House budget that stressed reforms to bring needed financial stability to the debt-ridden NFIP and expanding the private market to reduce the federal government’s NFIP exposure.  Under budget director Mick Mulvaney’s proposal, FEMA would have authority to discontinue NFIP coverage for extreme repetitive loss properties following future losses. Starting in 2021, coverage for commercial properties would be phased-out, while no policies would be written for new construction inside a special flood hazard area.

FEMA meanwhile is forging ahead and redesigning NFIP’s 2019 rates to more realistically price risk.  Dr. Grenier predicted that any future changes will be by a measured process as the private insurance market evolves, so it can price for it and provide reserves for it. 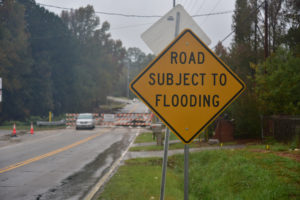 “People need to understand the limitations of maps and understand other aspects of the home, such as elevation.  They need to hear the message about buying flood insurance, whether from private insurers or the NFIP, and be realistic about what they can expect when they have no insurance versus having a flood policy.

Private insurance companies, powered by advanced catastrophe risk models, are able to better understand risk.  In Florida, encouraged by model regulation to encourage a vibrant private market, nearly 30 companies are offering coverage as an alternative to NFIP at competitive rates.

Host Lisa Miller, a former Florida deputy insurance commissioner, noted “it’s clear as crystal that when it comes to flood risk, we still build too close to known dangers.  The growing folly of our public policy is encouraging risky human behavior.  And we all pay, some with our own checkbook, the majority through higher taxpayer subsidies, and yet others, sadly, with their lives.”