The July 4 earthquakes that hit South Central California are a fresh reminder that California’s population is the most susceptible in the country to major earthquakes.  So why is it, that earthquake insurance is no longer required as a condition for California mortgages?  Especially, when wind insurance is required throughout the state of Florida and elsewhere to protect against hurricane damage?

While less frequent, earthquakes are unique in that the risk is constant and the potential damage can easily exceed those of hurricanes, wildfires, and flooding combined.  Is it time to readjust our public policies – and our insurance policies – to adequately cover all our 21st century risks? 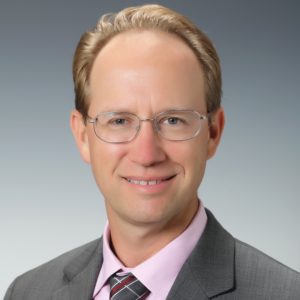 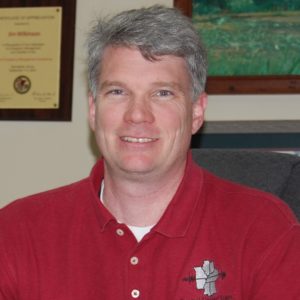 Losses from the early July earthquakes in and around Ridgecrest, California are estimated to reach $200 million of which insurance companies will likely cover only about a fifth, according to industry figures.  Less than 20% of property owners affected by the magnitude 7.1 quake and the 6.4 magnitude foreshock had earthquake insurance.

The event has rekindled discussion on earthquakes in California.  If a similar quake had occurred in a more populated area, the costs could have been much worse.  California homeowners policies don’t cover earthquake damage.  According to global consulting and actuarial firm Milliman, the lack of protection for 90% of the state’s 14 million dwellings poses a risk to the largest assets of many state residents: their homes.

So why is earthquake insurance no longer required as a condition for California mortgages?  GSE’s (Government-Sponsored Enterprises, a type of financial services corporation such as FannieMae and Freddie Mac) servicing guidelines don’t require it, so private lenders who originate and sell mortgages to the GSE’s don’t either.  Contrast this to windstorm insurance, which is required everywhere as a condition for a mortgage, as dictated by the same GSEs.

John Rollins, Consulting Actuary for Milliman, explained that while different regions in the U.S. are predominantly impacted by a single peril, such as California with earthquakes and Florida with hurricanes, Milliman’s research indicates that all of the catastrophic perils from earthquakes, wildfires, floods, and hurricanes, actually contribute significantly a measureable amount to the total amount of what an actuarially-sound homeowners premium should be for the true risk of these disasters underlying each policy across the U.S.

“Each one of those types of disasters contributes potentially hundreds of dollars to the quote -‘fair’ – or right insurance premium as actuaries would define it,” said Rollins.  “So that runs up against a policy question, which is, if you have significant, roughly equal risk from hurricanes, floods, wildfires, and earthquakes across the country, why aren’t the guidelines for determining eligibility of mortgages for Fannie Mae and Freddie Mac… and their concomitant insurance servicing requirements exactly the same across the country?  We don’t have all the answers as to why that is, but we do know that a pure clinical look at the numbers would indicate that there’s really no reason to favor one peril over the other,” Rollins said.

The Central United States Earthquake Consortium (CUSEC) is comprised of the eight states that would be most impacted by quakes along the New Madrid earthquake fault line, which runs along the Mississippi River, in partnership with FEMA.  CUSEC examines the earthquake threat and ways to encourage mitigation and reduce losses.  Yet, earthquake insurance isn’t popular.

“Clearly we have to figure out a way to get affordability down for earthquake insurance,” said Jim Wilkinson, Jr., CUSEC’s Executive Director.  “For example, the six most vulnerable counties in the state of Missouri saw an almost 700% increase in their premium costs between 2000 and 2018.  We need to figure out how to get that cost down and the availability up, whether that’s through incentives or other means.  There are a whole host of folks, including the banking and real estate industries together with local developers, who have a role in figuring out how to make this affordable for people who need it,” said Wilkinson.

Rural communities, Wilkinson pointed out, are especially vulnerable, because they don’t have the resources that larger communities have and shoulder a higher percentage of buildings and infrastructure that are vulnerable.  “We want to get to the point where we have covered as many people as we can for this peril,” he said.

Host Lisa Miller noted that the purpose of insurance is to spread risk to as large a group of policyholders as possible, which can lead to more affordable premiums.  Resiliency, through stronger mitigation programs, has made a demonstrated difference in hurricane and other windstorm events.  Mandatory insurance premium discounts for specific mitigation features have been shown to reduce windstorm losses.  But can resiliency measures make the same difference to earthquake-threatened communities?

Rollins said that with earthquakes, one of the issues is the cost and who is going to pay for mitigation.   “Consumers simply don’t like spending money upfront to reduce a contingent future threat that may or may not materialize.  And they think very viscerally about the payback period for that investment.”

He said there also has to be a catalyst, such as low-interest loans, direct government grants or loans, or public-private partnerships.  “The second problem with earthquakes is that there is far less definitive engineering backed up by recent experience to tell us exactly what sort of construction and retrofits would make a big difference and give us the highest bang for the buck,” Rollins added.  And in areas facing multiple disasters, a mitigation for one risk may be counterproductive to mitigating against a second risk.

“The program is not set-up to build to a higher standard, but simply to rebuild to put it back the way it was,” noted Wilkinson.  “They have been working to make changes in the program, so that we’re not adding to the problem.  That’s the challenge that we’ve had.  It’s a conflict to how we build back better, safer, stronger communities.”

Also, “asking a business or a homeowner who is very anxious to get back into their property to spend an extra two weeks and an extra one to two thousand dollars on top of what they’re already facing to do this cross-hazard risk reduction becomes a real challenge,” said Wilkinson.  “It’s something we’ve failed to really grasp in the process of how we assess these programs and their costs.  It’s something that FEMA is taking a hard look at because we can’t keep printing money and unfortunately the disasters seem to be increasing in frequency.”

While better rebuilding after the fact is a goal that we’re all striving for, host Miller noted that “Knowing that we have an uninsured population, we know that residents in earthquake-prone states are exposed to millions of dollars in damage that will not get repaired because the federal government’s ability and willingness to step in and replace everything that gets damaged just isn’t there.”

“FEMA will help a community put everything back to the way that it was before an earthquake, but for an individual, they help provide low interest loans but there’s not going to be a check written to rebuild a person’s house,” said Wilkinson.

Rollins also discussed the increasing entry of private sector solutions, such as flood insurance, to disaster insurance problems.  He noted each one had a public policy change that served as a catalyst that attracted private insurance attention and capital.

If Fannie Mae and Freddie Mac were to update one page of their servicing guidelines to require earthquake insurance, too, “it would instantly kind of upend the entire U.S. homeowners insurance market, similar to the way the Biggert-Waters Act and a few other follow-on regulations upended the flood insurance market, resulting in a whole bunch of other business models being considered,” Rollins concluded.

The Ridgecrest earthquake: Will recent quakes shake up the California insurance market? (from Milliman)

The Sand Palace house in Mexico Beach, Florida (from the New York Times)