Aided by new state legislation this year designed to encourage a robust private flood insurance market in Florida, the number of companies writing flood policies has nearly doubled in the last year, while Congress works this summer to reform the federal government’s beleaguered National Flood Insurance Program (NFIP). Meanwhile, new technology is making structures more resilient than ever to floodwaters, allowing those insurers to more accurately price risk and compete with the NFIP.

Mike Graham of Smart Vent Products has been working with modeling firms that are part of the new technology and shares with Lisa in this program how flood vents, dry proofing, and other mitigation options are lowering flood risks and with them,  policy premiums by up to 80%.  Just as wind mitigation years ago helped lower homeowners and wind insurance rates, today’s flood mitigation techniques can lower private flood insurance rates, making flood coverage more affordable – and available – for everyone. 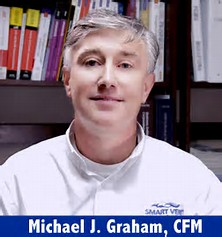 Actuarial experts, disaster modelers, and third-party vendors are utilizing new technology to better predict and price flood risk.  Models are important because the NFIP and parent FEMA don’t use models – they use only maps.  But models help differentiate the flood risk between a property owner in Zone X with mitigation vs. another person in Zone X without mitigation – with premiums priced accordingly by the growing number of private flood insurers entering the marketplace.

Mike Graham of Smart Vent Products shares his experience on some of the newest mitigation technologies and practices, including vents that allow flood waters to wash into – and back out of – structures, minimizing damage.  A study of a two-square mile area in New Jersey that suffered $1.2 million in flood claims losses showed through modeling how pre-mitigation would have eliminated the structural damage and reduced the entire area’s flood height by one inch, which while it doesn’t sound like much, equates to a $20,000 cost avoidance per claim according to FEMA.  Mitigation measures also help eliminate the need for retention ponds.  FEMA estimates that for every $1 spent on pre-event mitigation, $4 is saved in insurance claims.