Congress is pushing into 2018 a decision on how to reform the beleaguered National Flood Insurance Program (NFIP) that 1.8 million Floridians depend on for their property flood protection. Congress must reauthorize the program as well, because without it, federally-backed home mortgages which require flood coverage for high-risk zoned properties could come to a standstill. But the taxpayer-subsidized NFIP is $25 billion in debt and still using old flood data and maps, with rates that don’t match risk.  Congress is considering reauthorization under a package of reform bills called the 21st Century Flood Reform Act.

Host Lisa Miller, a former Florida deputy insurance commissioner, explores two of those key reforms on this program: what to do with grandfathered properties that are still enjoying 1960’s-era premiums and riddled with repetitive losses, and how best to encourage private flood insurance market alternatives. It’s estimated that 77% of Florida properties would see lower premiums with private market policies.  Joining Lisa are guests Brian Squire, Managing Executive Senior Vice President at Hays Companies in Destin, Florida and Helen Devlin, Senior Lobbyist with the National Association of Realtors in Washington D.C.  Together, they outline what’s at stake for Florida NFIP policyholders and ideas on how best to balance flood insurance affordability with NFIP sustainability, without hurting Florida’s growing real estate market. 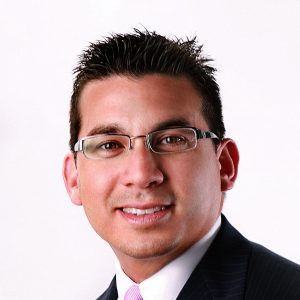 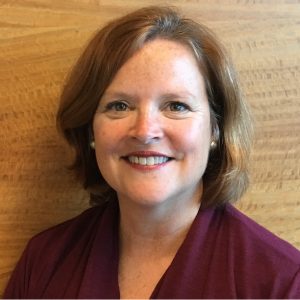 Helen Devlin, Senior Lobbyist with the National Association of Realtors

The bill passed by the U.S. House would strip grandfathered NFIP rates after two future claims, with rates then rising 10% per year until hitting the current risk-rate. A third claim would raise rates 15% per year. The podcast discusses how this is meant to relieve some of the financial burden to the heavily subsidized federal government program, while providing greater cost accountability and sharing with those properties that continually have losses and keep getting rebuilt or repaired, only to have sometimes identical losses re-occur during the next event.

Brian Squire said the key to a more sustainable NFIP and one that encourages private flood insurance alternatives is to change the grandfathering provisions so current recipients can have safe harbor to move into the private market and move back into the NFIP without losing benefits, should the private market not work for them. He noted it’s also important that private insurance companies be properly vetted and with state regulation to provide needed consumer confidence to make the switch.

Helen Devlin noted it’s important to have a private market compliment to NFIP and that the National Association of Realtors has been working for years with Congress to make improvements necessary to safeguard property owners. Allowing portability of grandfathered benefits and more insurance options for consumers are key.   She also noted the rates charged versus true risk “are out of whack” and that better utilizing improved modeling technology and other advances will create better coverage for more people without “sticker shock” premiums.