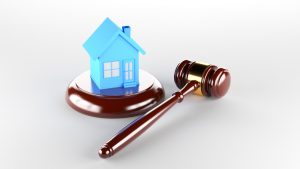 The Restoration Association of Florida (RAF) is continuing to fight property insurance consumer reforms, filing two lawsuits in state court taking aim at the latest reforms passed by the Florida Legislature in its recent special session.  The lawsuits seek a preliminary injunction against enforcement of both new laws.

RAF’s first lawsuit is against the Department of Business and Professional Regulation (DBPR) and the Construction Industry Licensing Board over the new Assignment of Benefits (AOB) contract provisions in Senate Bill 2-D.  The bill, among other provisions, prohibits awards of attorney fees to contractors or other assignees of AOB contracts, allowing only first parties, such as homeowners, to recover attorney fees.  Previous law, established under the legislature’s 2019 AOB Reform had allowed assignees to recover a portion or all of their attorney fees if they prevailed in court.  The 83-page complaint by RAF and Air Quality Assessors of Orlando alleges that the change violates equal-protection and due-process rights and denies contractors access to courts.

“Without the corresponding right to recover prevailing party fees, SB 2-D makes it economically unfeasible for the contractor to pursue its lawful rights and remedies in court,” according to the lawsuit.  “Invoices for work performed by contractors under AOBs are generally not significant enough for a lawyer to agree to represent the contractor on a contingency fee basis and it is not economically reasonable for the contractor to … pay a lawyer on an hourly basis to recover the amount(s) owed.”  The lawsuit claims that work done by Air Quality Assessors and other RAF members usually total $2,500 to $3,000.

RAF’s second lawsuit, joined by Florida Premier Roofing of Orlando, targets the new relaxed roof replacement provisions under Senate Bill 4-D.  The bill, among other provisions, changes the previous law which required all roofs be replaced if 25% or more of its surface was damaged.  The new law allows repairs on roofs with more than 25% damage if they were built since 2007 or otherwise comply with the 2007 Florida Building Code.  The 114-page complaint against DBPR, the Construction Industry Licensing Board, and the Florida Building Commission alleges the new law violates the “single-subject rule” and that it violates due-process rights because it conflicts with the state’s matching material law that requires roofing materials to match in quality, color and size when repairs are made.

By the way, one of the registered authorized members of Florida Premier Roofing, according to the Secretary of State’s Sunbiz website is Wyatt Green of Orange Park.  Our regular readers will remember his arrest in 2019 for AOB insurance fraud, a case that was just recently resolved under mysterious circumstances.

These two lawsuits follow one filed just prior to the recent special session, where RAF alleges that policy form changes by two insurance companies approved by Insurance Commissioner David Altmaier unjustly deny homeowners the right to enter into an AOB contract and sue their insurance company, as we reported in the last newsletter.   The three lawsuits in state court follow a lawsuit RAF filed in federal court last summer in opposition to the legislature’s 2021 Reform under SB 76.

New Roof, No Money?  No Problem:  The Insurance Journal reports that another roofing company, RoofClaim.com, is now offering no-money-down roof financing.  The financing plan is seen in the industry as another way that roofers are trying to get around the legislature’s 2021 Litigation & Solicitation Reform that forbids contractors from offering to pay homeowners’ policy deductibles after a claim.  The article quotes Bob Ritchie, CEO of American Integrity Insurance as saying “It’s very creative approach. This is the perfect way to get around any deductible.  They’ll file a claim, escalate the price and get a settlement above market.”  The article reports that RoofClaim.com is owned by Jasper Contractors, which has filed 657 suits against multiple Florida property insurance companies since 2018.  Yours truly is quoted in the article as “urging state regulators to contact RoofClaim.com and let the company know that its actions will be scrutinized.”  We all need to remain vigilant in this perverse ongoing game of “whack-a-mole.”