The Thousand Oaks, California bar shooting.  The Pittsburgh synagogue massacre.  Just two of the recent mass shootings across the country involving what police term as an “active shooter.”   The worst to date in Florida was the Valentine’s Day 2018 shooting at Marjory Stoneman Douglas High School in Broward County, in which 17 people were killed and 17 others injured.

Beyond the tragic loss of human life are the lives of the survivors affected.  How can they ever be made whole again?  The insurance industry is responding to these attacks by offering “active shooter insurance” – designed to help organizations and businesses whose employees, property and reputation are impacted.  Host Lisa Miller, a former deputy insurance commissioner, talks with an underwriter on this new line of insurance and its growing sophistication in coverage options for events that used to be unthinkable. 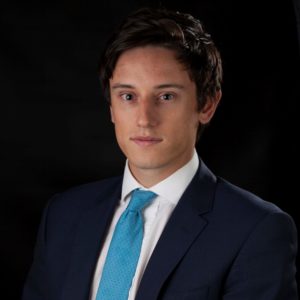 Data from the FBI show the average number of active shooter events in the U.S. has doubled over the past eight years compared with the previous eight years.  There were 30 such events in 2017 – more than any other year since 2000.  Just what is available in the insurance market to protect individuals and businesses?

“Active Assailant Insurance has been designed to protect policyholders against a wider range of attacks involving a weapon.  It is often referred to as “active shooter” insurance, but these events are by no means limited to firearms, as we have seen vehicle rammings, knife attacks, and suicide bombings,” Bransden said on the podcast.

Bransden explained that most policies include five main coverage categories:

Some insurance policies even include mitigation and training by ex-FBI active shooter response agents, who will train a business or organization on how to prepare and respond properly in the case of such a horrific event.

“I fear that the tipping point, as is often the case in insurance, will be a court ruling.  By that time there will be on the one hand, a client facing the fallout from an active assailant attack and, on the other hand, an insurance company denying a claim. Ultimately the losers are the victims,” Bransden said.

Miller noted that as the world becomes more complex, insurance companies have to adapt the products and services they offer to fit consumers’ changing needs.  Scenario-based modeling for casualty events and the practical insurance products that result, such as Active Assailant insurance, are good examples of innovation in insurance.

“While no one has a crystal ball and can predict human behavior and the terrible tragedies that have befallen the nation this year, technology and actuarial science are improving how we quantify that risk and price it accordingly.  It’s all about helping people and their organizations and companies become whole again, in the event of the unimaginable,” said Miller.