The Florida Legislature convenes its 2019 session next Tuesday, March 5.  The big insurance issue: the growing cost of property insurance claims litigation.  But there are also bills that would change Florida’s no-fault auto insurance and more than 200 bills funding much-needed Hurricane Michael relief to the 14 Panhandle counties still struggling with debris cleanup and recovery.

But there are other issues of interest lawmakers are addressing, including whether to allow smokeable medical marijuana and how to address ongoing water quality issues.  Host Lisa Miller, a former deputy insurance commissioner, is at the Capitol and talks with Jim Saunders, Executive Editor of the News Service of Florida for a preview on what to expect this session. 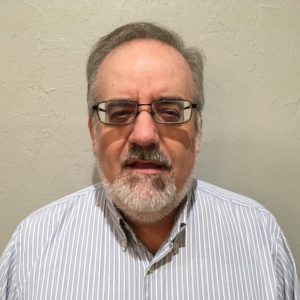 Calling efforts at Assignment of Benefits (AOB) reform “the main event” for insurance interests before the Florida legislature this year, Jim Saunders of the News Service of Florida said the key component is attorney fees in claims disputes.  He and host Lisa Miller discussed the behind-the-scenes effort by leaders of the Florida Senate’s Banking and Insurance Committee and the Judiciary Committee to rework the current bill (SB 122).  The bill seeks to limit one-way attorney fees to named insureds and beneficiaries only – not contractors and their attorneys operating under an AOB agreement with the insured (policyholder).  A revised bill is expected as soon as this coming week (March 4, 2019).

Another major issue this session is Hurricane Michael relief and recovery funding.   Saunders called Michael a “wildcard issue” in the AOB reform debate.  Hundreds of millions of dollars of appropriations bills have been filed to provide help to the 14 mostly rural Panhandle counties impacted by the October 10, 2018 Category 4 hurricane.   That includes Florida’s devastated timber industry, whose losses are estimated at $1.3 billion.

Other topics discussed include medical marijuana and bills that would allow patients to use a smokeable form of it, as well as refined regulation on its production; algae blooms and water quality in Florida; and efforts to further encourage the testing and use of automated vehicles in the Sunshine State.  Saunders also provided details of Governor DeSantis’ major transportation plan, geared in part to increase highway capacity for evacuations of residents in future hurricanes and other disasters.

AOB Reform bill  SB 122 is scheduled to be discussed on Monday, March 4, 2019 during the 3:30 pm ET meeting of the Florida Senate Banking and Insurance Committee.  To watch the meeting live or later, click on The Florida Channel and search by date and committee.