Recent disasters and the growing number of open insurance claims are creating renewed interest in an alternative to costly litigation in resolving claims disputes: mediation.

While claim frequency is down, claim cost is way up – more than five times what it was 20 years ago.  Unnecessary and abusive litigation, including Assignment of Benefits (AOB) contracts, has contributed to growing claim cost in Florida.

Host Lisa Miller, a former deputy insurance commissioner, sat down with Bruce Blitman, a Certified Mediator, Arbitrator, and Umpire, to learn what role mediation can play in successfully resolving these claims. 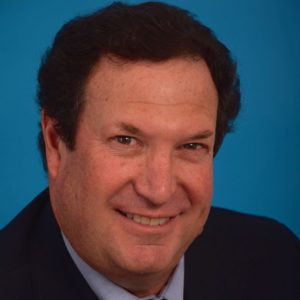 Bruce Blitman was one of the first Florida Supreme Court certified circuit-civil mediators and has practiced since 1989.  He was an associate with several law firms prior to becoming a mediator.

Mediation in Florida dates back 30 years.  Initial skepticism has given way to acceptance over the years, as lawyers on both sides have gotten more practiced in the mediation process, according to Blitman.

“Lawyers found they were able to either put more money into their clients’ pockets at an earlier stage of the process or if they were insurance carrier representatives, they could save money by putting that money into the plaintiff’s pocket without litigation costs,” Blitman said.  As a result, mediation has become a way to more efficiently move claims and for courts to move dockets.

Host Lisa Miller was an insurance regulator during 1992’s Hurricane Andrew and the eight hurricanes in 2003-2004 that also struck Florida.  She suggested in the podcast that state officials initiate formal mediation centers sooner after major hurricanes strike.

“After a storm hits, we should consider having immediate mediation on the disputed amount of the claim,” said Miller.

Florida law requires insurance companies to pay the undisputed amount of a claim to the policyholder within 90 days of receiving the claim.   Blitman said he’s a proponent as well of pre-lawsuit mitigation in such claims, a process that worked “very well” through a catastrophe mediation program set-up in Miami-Dade County following Hurricane Andrew.

“There was an enormous amount of claims considered.  Not every case was resolved at mediation, but many of them were,” he shared.  “And by getting through that vast volume, people were able to get on with their lives much more quickly.”  Blitman also noted that many insurance companies became more proactive with mediation going forward.

Miller referenced recent Florida legislative committee testimony that almost 40-cents of every dollar involved in a litigated paid claim goes to the plaintiff’s lawyer, not including court fees and the cost of defense counsel.  Blitman said such plaintiff contingency fees are typically only 20% to 25% if the claim doesn’t go to litigation.  Mediators, he said, are paid hourly, ranging from $150-700 per hour based on the complexity of the case.

“If you can resolve a case within five hours of mediation, with both parties splitting the mediator’s fee, those fees are relatively small in comparison to what it would cost to litigate that case endlessly,” Blitman said.  He noted that the Florida Department of Financial Services has a roster of mediators available to help resolve different kinds of insurance claims disputes.

The podcast also addressed Florida House Bill 337 which was signed into law last spring and becomes effective on January 1, 2020.  By raising the dollar threshold of disputes (from $15,000 to $30,000), it will shift court cases that are now heard in circuit court to be heard instead in county court.  Miller and Blitman discussed the impact of having a lot more insurance disputes going into civil court, which generally have more limited resources than circuit courts.  In fact, 31 of Florida’s 67 counties only have one county court judge.  Many of those counties are in the Florida Panhandle and there is concern of logjams created by the 150,000 Hurricane Michael claims.

“I think it’s in the best interest of all consumers that we do everything we can to keep claims out of the court system,” said host Miller.  “Mediation, with the right attitude and skill set going into it by all parties, can be a very useful approach to create a ‘win-win’ by all parties to an insurance claims dispute.”

Ten Tips for Getting the Most Out of Your Mediation Process (by Bruce Blitman, Esq.)