As hurricane season heats up, a growing number of properties located outside of FEMA-designated high-risk flood zones are actually flooding.  The problem is especially bad in the urban areas of America’s cities.  A national survey shows nearly 85% report experiencing urban flooding.  Insurance claims are on the rise, too.

Host Lisa Miller, a former deputy insurance commissioner, talks with Sam Brody of Texas A&M University about his latest research and fellow scientist and resiliency expert Alec Bogdanoff on how we can protect more homes and businesses from flooding. 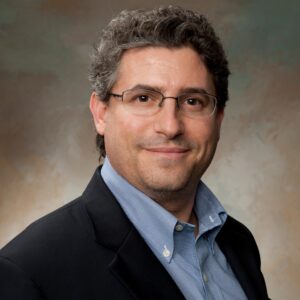 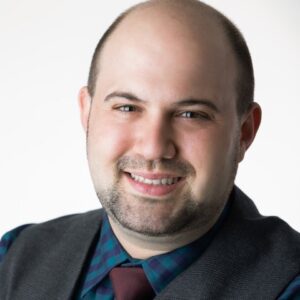 “Urban flooding is kind of this hidden danger among all flood risks in the United States,” according to Dr. Sam Brody of Texas A&M University and Director of the Center for Texas Beaches and Shores.  It occurs mostly in high growth areas, where development brings rain impervious surfaces, such as roads, driveways, and parking lots, which change the natural drainage pattern of the land.  “It’s bringing flood impacts to unexpected areas, sometimes miles outside of the FEMA-designated 100-year flood plain.”

Brody’s joint study with the University of Maryland is titled, The Growing Threat of Urban Flooding: A National Challenge 2018.  The report revealed neighborhoods that were miles away from known flood risk zones but were surrounded by man-made barriers, such as roads, railroad tracks, and sound walls, referred to as “built environment barriers.”

“These features of the built environment are creating the flood hazard and the associated impact.  They’re either exacerbating or entirely creating the situation of risk.  FEMA’s models, which are all based on stream channels, don’t account for these growing areas of risk and impact,” Brody said.   He noted that 2017’s Hurricane Harvey, one of the largest flood events in U.S. history, exposed a lot of underlying conditions of urban flooding, especially in Houston, Texas, the fourth largest city in the country.

The study looked primarily at rainfall, but urban flooding can occur with tidal events, too, including high-tide or “sunny day” flooding, as seen in some South Florida communities.  Dr. Alec Bogdanoff is Principal Scientist and Co-Founder of Brizaga, a Fort Lauderdale, Florida based firm that assists businesses and communities in becoming more resilient to the effects of sea level rise and long-term environmental changes.  He said some storm water systems, which are meant for collecting and sending rainwater out to sea are instead becoming conduits for saltwater to back up into communities during this period of sea level rise.

“The challenge comes if you end up with a high-tide sunny day flooding example and instead of it being a sunny day, it’s a rainy day.  You now have to wait for the tides to go down before that rainwater is going to go out,” Bogdanoff said.

The study included a survey of more than 400 flood control professionals across all 50 states.  It found that 83% had experienced urban flooding and 46% indicated it has occurred in numerous or most areas.  “To me, the number one surprising result was that 85% of respondents experienced urban flooding outside of the FEMA Special Flood Hazard Area (SFHA), which means this is a problem and it’s growing nationwide,” said Brody.  “There are hotspots like Miami, Palm Beach, and Houston of urban flooding but this is something that needs to be addressed at all scales starting from the national level down to the local.”

“This phenomenon is greatly affecting businesses and homes to the point that I think it should become a part of the conversation when it comes to insurance, to cover the losses that occur,” said host Lisa Miller.  She pointed to the flood protection gap, which is the difference between the insured and the actual value of flood damage.  In Hurricane Harvey, the estimated insured losses were $30 billion but the overall value of damage was nearly three times greater, at an estimated $85 billion.  More than 75% of those flooded properties, some in urban areas, had no flood insurance to pay for their losses.

Part of the problem is adequately communicating risk to property owners.   Miller and her guests discussed the limits of FEMA’s flood insurance rate maps, whose flood zones area binary, showing simply whether a particular property is in or out of a zone.

“We’re trying to have people understand that it’s not if you’re in or out, it’s how far you are from that boundary and there are gradients of risk extending outward from the hundred-year flood plain that people need to be aware of,” Brody said.

The podcast also discussed solutions.  Brody said his team, with support from FEMA, has developed a new method to predict and map hazards and risk.  Instead of hydrology and hydraulics models, they are using statistics and machine learning techniques to improve flood prediction.  “We may not replace the FEMA floodplain maps but we can augment them and complement them to help resident be more prepared and mitigate impacts,” he said.

Bogdanoff said Broward County, Florida has developed a series of “incremental but fairly significant” changes to improve resiliency.  They include a one-hundred year flood map that guides future development, a Fort Lauderdale seawall ordinance to provide better flood protection, another ordinance requiring flood disclosure, new infrastructure improvements, and efforts to encourage resilient building design.  “Ultimately what you want is insurance to be the last risk transfer.  We want to do as much as we can to protect people so that they don’t have to use insurance,” he said.

Host Miller also noted FEMA’s planned rollout this fall of its Building Resilient Infrastructure and Communities (BRIC) program.   BRIC focuses on pre-disaster mitigation by helping local and state governments fund projects that will reduce risk from natural hazards and disasters, such as flooding.  It replaces the existing Pre-Disaster Mitigation program.  Under BRIC, FEMA will set aside 6% of estimated disaster expenses for each major disaster to fund a mitigation grant program.  With demand expected to exceed the program’s resources, both Brody and Bogdanoff favor focusing on projects of regional importance to maximize the federal funding.

“Water doesn’t care about political boundaries,” said Bogdanoff.  “If you build resiliently in one community, build higher in one community, you could end up hurting another community.”  He pointed to the Central and South Florida Flood Control System with its thousands of miles of canals extending from Lake Okeechobee as an example of a regional solution providing flood control, water supply, and salt water intrusion protection for multiple counties.

Brody agreed.  “If we don’t think regionally, we’re going to come up with the wrong answer.”  He said Hurricane Harvey was a “wake-up call” for Texas.  The Texas Water Development Board now has a new program that divides the state by water sheds and is creating collaborative plans to deal with unintended consequences of upstream development on downstream communities.  “Over the long-term, there’s going to be less need for federal funding and outside support, because these communities will be more resilient in the first place,” Brody said.

Host Miller reminded listeners that flooding is the most frequent disaster, the most expensive, and can leave lasting economic devastation to communities and to those who cannot afford to repair or replace their buildings without insurance.  “If you don’t have flood insurance, your possessions and life savings are at risk.  And further, we’re on the hook as taxpayers having to subsidize those neighbors without flood coverage.  As our guests on today’s program have said, the water doesn’t understand a line on a map.  Just because it says you’re not in a high-risk area doesn’t mean that you’re not high-risk,” said Miller.

The Center for Texas Beaches and Shores and Interactive Webtools

The Institute for a Disaster Resilient Texas (Texas A&M University)

The Growing Threat of Urban Flooding: A National Challenge 2018  (University of Maryland and Texas A&M University)

Flood Season Is Coming. Homeowners in These Cities Need More Insurance (ValuePenguin, May 18, 2020)