For the seventh time in as many years, the Florida Legislature this spring of 2019 is considering bills to reform abuses of Assignment of Benefits (AOB) insurance contracts between vendors and property owners.   AOBs allow contractors to take control of a homeowner’s insurance policy and bill their insurance company directly for repair work – sometimes fraudulently inflating the scope and cost of the claim.

When the insurance company refuses to pay or underpays the claim, the vendor sues.  The latest figures show the number of AOB lawsuits continue to rise in Florida, up 18% in 2018 from the year prior – and up 900% from 2008.  The costly lawsuits remain concentrated within a disproportionately small number of lawyers and firms, utilizing a loophole in the state’s one-way attorney fees law. 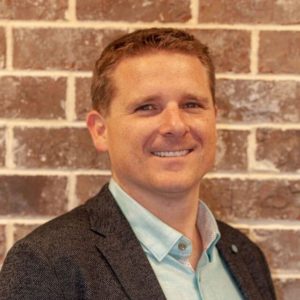 Wesley Todd and his firm CaseGlide are managing litigation for 100,000+ claims on behalf of its insurance company clients.  He said his analysis has revealed startling statistics that should be of concern to everyone in Florida.  AOB litigation on average is costing each insurance company doing business in Florida $50 million a year which equates to about $400 for each of Florida’s six million property insurance policyholders.

Looked at another way: “What if this law and the legislators and lawyers behind this current law were giving to a small set of 10-15 trial lawyers $1 billion per year by lack of reform?” Todd said.

Florida’s one-way attorney fees statute is driving the AOB abuse and the general increase in insurance litigation.  It allows policyholders to recover legal costs if the insurer has been shown in court to have underpaid the claim in any amount – even by just one-dollar.  Past efforts in the legislature to clarify that only a named policyholder would be entitled to file suit have all failed.

“This is a significant problem in Florida and it isn’t complicated.  Insurers are going to be get paid through their premiums and have had to raise rates to do so,” Todd said.

He points out the arguments that supporters of the current AOB and one-way attorney laws are using – that any changes will hurt consumer protection and prevent the little guy from going against the big insurance company – were the same arguments used against sinkhole reform in Florida, which passed in 2011.   None of those dire predictions came true nor will they if meaningful AOB reform passes this session, he said.

The CaseGlide Index is a real-time index containing aggregate industry litigation data that previously hasn’t existed in one database.  It can also serve as a central foundation for rating oversight by regulators, rating agencies, and the reinsurance marketplace.  Todd says part of the focus is to provide evidence required to help the Florida Legislature tackle the AOB problem.

Todd agreed with host Lisa Miller that AOB abuse isn’t an issue the courts can totally resolve.  While the current case before the Florida Supreme Court (Restoration 1 vs. Ark Royal Insurance Company) will be helpful in stemming some AOB and litigation abuse, “we still need to address the one-way attorney fee statute,” Todd noted.

“They are going to find one way to make it where they recover one more dollar (above the original insurance company settlement offer)…and when they find that, they’re going to get their $300,000 in plaintiff attorney bills with their contingency fee.”

He and Miller also discussed Florida’s Bad Faith Law, something Miller pointed out is added jeopardy in claims litigation.  “There are Hurricane Irma claims that are still being brought by the same law firms that bring AOB claims.  It’s a problem that one day might end up being bigger than AOB,” Todd shared.

“Michael will be a perfect test case as to what happens when a storm doesn’t hit Tri-County (South Florida) and hits an area with less claims influencers if you will, whether it be attorneys, public adjusters, or loss consultants….and whether there’s a big difference in lawsuits to claims.”

He thanked Miller for her efforts over the years in educating policyholders to better understand before they sign an AOB that there could be negative consequences to doing so.