Florida Insurance Commissioner David Altmaier told a legislative committee in late September that the state’s property insurance market is in “critical condition” with a growing number of insurance companies losing money and consumers facing continued double-digit rate increases.  A new set of reforms designed to help is already being challenged in federal court by roofers and restoration companies.

Former Florida Deputy Insurance Commissioner Lisa Miller sat down with Jose Pagan, a former fraud regulator who is now one of Florida’s leading insurance defense lawyers, to discuss the legal challenges to the new reform law, the ongoing litigation abuse and unlawful activity in the marketplace, and how consumers are ultimately losing. 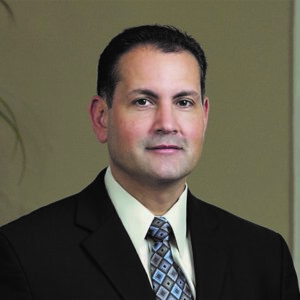 Jose Pagan, Partner with the Walton, Lantaff, Schroeder & Carson Law Firm, said the issues in Florida’s property insurance market today have their roots in the aftermath of 1992’s Hurricane Andrew in Miami, where he and host Miller worked together as insurance regulators.  The mediation program for property insurance claims created after Andrew was such a success that the legislature made it standard protocol for handling all future claims.  “While those programs still exist to try to resolve cases pre-litigation, a cottage industry has developed of a very small segment of the legal community as well as some contractors and some public adjusters who are really abusing the system,” said Pagan, an insurance defense lawyer with more than 25 years’ experience in the insurance industry, including as an insurance agent and fraud investigator.

He cited Insurance Commissioner David Altmaier’s report to the Florida Legislature earlier this year that Florida has 8% of all homeowners’ claims in the U.S., yet 76% of all homeowners’ claims lawsuits.  “And moreover, if you look at some of the information that was provided…. it’s really only a handful of law firms that was generating a majority of all of those lawsuits,” he added.  “Those are the cost drivers that ultimately are generating the premium increases for all Floridians in this marketplace.”

To stem the abuse and stabilize the marketplace, the Florida Legislature last spring passed Senate Bill 76 (SB 76, now Florida Statute section 489.147) its most recent property insurance reform law.  Yet just two weeks after Governor Ron DeSantis signed the bill into law in June, the first of two lawsuits was filed in federal court in Tallahassee by a roofing and restoration company, complaining that the section of the law dealing with prohibited advertisements and soliciting infringes on its constitutional right of free speech.  The section establishes that contractors and public adjusters, or unlicensed persons acting on their behalf, may not solicit or incentivize a residential property owner to file a roof damage insurance claim.  Violations carry a fine up to $10,000.

Chief U.S. District Court Judge Mark Walker granted a preliminary injunction on the section in July, pending full trial scheduled for spring of 2022.  “Clearly, Judge Walker indicated that there was a significant government interest in attempting to address fraud and abuse in litigation…(but) his assessment, at least on the preliminary injunction side of it, looked at it in terms of commercial speech…and he was able to reach the conclusion that it was an infringement upon commercial speech,” said Pagan, who outlined the series of court tests the judge used.

“It’s pretty clear to me that the legislature was trying to just stop some of the high pressure sales tactics by solicitors knocking on front doors that we see every day, read about on social media, and experience in our own neighborhoods,” said host Miller.

Miller and Pagan also discussed a second lawsuit, filed by the Restoration Association of Florida in the same federal court.  It seeks to throw-out the entire law, which includes a series of provisions, including broadening the longstanding one-way attorney fee statute formula where fees are now awarded instead based on a percentage of recovery of the disputed amount of the claim.  The suit claims the law impinges on protected free-speech rights, interferes with contract law and commerce, and due process.

“There is nothing in the legislation that hasn’t been the case for decades…whether it is regulating the contracting industry under Chapter 428, or the insurance industry under Chapter 626,” said Pagan.  “Dating back as far as in the early 90s, during Hurricane Andrew and thereafter, the law was very well defined, and everyone knew or understood that you could act as a contractor, you could act as a public adjuster.  But unless you were licensed in both, you could not act as both a contractor and a public adjuster.”  He said that “some of those lines became a little blurred” and “there have been so many different actions either taken by the courts or not taken by the regulating entities that have allowed questions to arise,” that the legislature needed to provide clarification through SB 76.

Another provision in the new law focuses on presuit settlements.  It requires that insurance companies receive a ten-day notice and demand before a lawsuit is filed by first-parties, such as homeowners or commercial building owners.  And it gives carriers 10 days to respond in writing to such notices.  The idea is to settle claims before they become lawsuits.  Host Miller asked Pagan how that part of the law is working so far, especially given conflicting opinions in the market to which cases that applies.

“Most of the attorneys and the carriers are certainly utilizing the Notice of Intent provision, in an effort to try to get to a quick resolution, rather than having to litigate these cases to the nth degree.  That is, I think, most beneficial for not only the policyholders, but all of the other stakeholders as well,” Pagan said.  Those cases that are unresolved are usually because of a communication breakdown and benefit from having another person from the insurance company review the claim, he said.

The stakes are high for the future health of Florida’s property insurance market.  “The problem that we face is affordability,” Pagan said.  “Because of the small amount of participants who are abusing the system and are creating such high premium increases, affordability becomes huge.  And that’s especially acute for senior citizens who are living on a fixed income.  So when we are talking about double digit premium increases year over year, that means that in a very short amount of time, we’re doubling, sometimes tripling the premiums for your home.”

Host Miller noted that the Florida Legislature is now in the middle of committee weeks, leading to the start of the regular session in January 2022.  Further insurance reform is already being discussed.  “I believe that SB 76’s purpose was to restore, rebalance, and revitalize, if you will, the insurance industry for all of its policyholders, to stop these premium increases, and protect consumers from what appears to be out of control litigation, solicitations, and high pressure sales,” said Miller.  She urged listeners to contact their state representative and state Senator and share their story, whether as a consumer or someone working in the industry.