Former Florida Deputy Insurance Commissioner Lisa Miller sat down with state capitol reporters Mike Vasilinda of Capitol News Service and Jim Saunders of the News Service of Florida, to discuss which bills may get serious consideration and why. 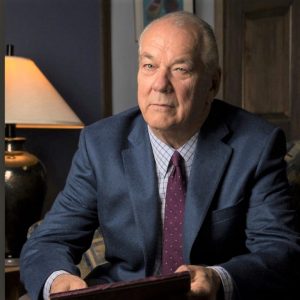 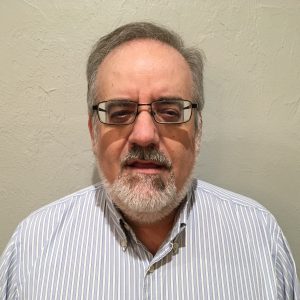 With 2022 being an election year for the Governor and many legislators, one of the questions is whether lawmakers decide to wait and see if the 2019 and 2021 insurance consumer reform measures previously passed into law are having enough of an impact on Florida’s “dire” property insurance market as recently described by Insurance Commissioner David Altmaier – or maybe at least go for minor adjustments?

“I don’t think we can discount that this is an election year.  I think that you can frame a lot of issues in that context and property insurance is one of them,” said Saunders, who is Executive Editor of the News Service of Florida.  He noted that certain proposed measures in this session would drive up costs, including a failed mandate from last session that would have required actual cash value instead of replacement coverage for roofs.  “I think the real key is how far Governor DeSantis wants to push on doing something about property insurance.  You know, if he comes down and says we have to do something, maybe the legislative leadership will do it, but he’s going to be in a reelection campaign and does he want to take that on in an election year?  I’m not sure at this point as we haven’t heard a lot from him about it,” said Saunders, who has covered legislative sessions for the past 24 years.

“I think the Governor’s got to pay attention,” countered Vasilinda, who is founder and chief reporter for Capitol News Service, covering the legislature for 49 years for television stations across Florida.  “It was Charlie Crist who stalled Citizens (Insurance Corporation) rates when he was governor in 2007 for two years where they couldn’t raise their rates and then they created the 10% glide path, which, for whatever reason, Citizens never ever got to 10% across the board on anybody.  And now they’re proposing 11 and 12%, across the board on everybody.  There is going to be some political pressure for the Governor.  He’s going to hear about it in The Villages and everywhere else he’s going.  And he’s going to know that Governor Crist at the time was the guy that froze those rates.  And he’ll try and use that against the former governor,” who is running again for governor against DeSantis. 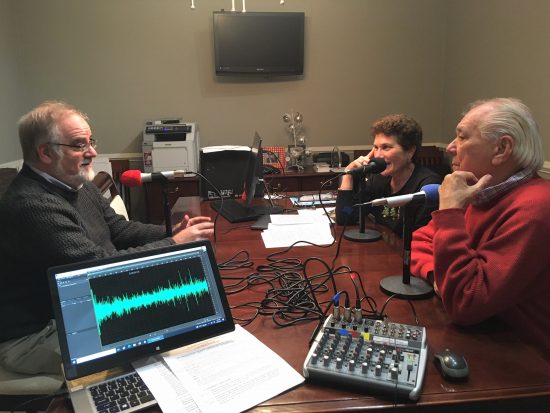 Another question is how the Florida Office of Insurance Regulation (OIR) will act on Citizens request for those maximum rate increases statewide, even in Miami-Dade County, where Citizens’ actuaries had indicated a 3.2% rate increase.  “I think OIR feels political pressure as well.  To think otherwise is probably a little naïve,” said Saunders.

Host Miller noted that the Florida Senate last year passed a bill containing actual cash value for roof claims but the House rejected it.  “I think we have to start at the roofing manufacturers, educate consumers that there’s no such thing as a 30 year shingle, especially in Florida.  Consumers, in my opinion, should have a choice if they want to have skin in the game and have a lower premium with actual cash value.  For those that want replacement costs, let them have it.  But those choices were not offered in the legislature and unfortunately, who knows where that’s going to go this session,” said Miller.

The other big story in Florida in 2021 was the collapse of the Champlain Towers South high-rise condominium in Surfside which killed 98 residents.  A Miami-Dade County Grand Jury this month recommended that such buildings be re-inspected every ten years for recertification of occupancy and that condo associations be required to annually certify building repairs and maintenance.  That grand jury report will create “real pressure” on the legislature to act, said Vasilinda.

“Now remember, hearken back I think to 2005 2006, the legislature passed a bill requiring inspections every 10 years.  And then by 2010, the condo boards were so upset, flexed their muscles, gave a lot of money out, and ended up getting that legislation repealed,” said Vasilinda.

“Part of it is a financial pressure on these condo boards,” added Saunders.  “There’s been an issue in the past about retrofitting buildings with fire sprinklers and it kept getting pushed.  As far as I know, it’s still getting pushed off.  And the reason it keeps getting pushed off is it costs a lot of money to go into these old buildings and retrofit them with fire sprinklers.   That’s just one example of the types of issues that that these boards might be confronted with, if all of a sudden, they have to bring their buildings more up to modern standards or codes.”

At the time of this podcast recording, no bills had been filed in the legislature pertaining to re-inspections beyond HB 771 by Rep. Alex Andrade (R-Pensacola) which would direct the Florida Building Commission to develop statewide standards for the maintenance and periodic inspection of existing building structures or facilities, as well as consider allowing local deviations.  Another bill, HB 329 by Rep. Nicholas Duran (D-Miami-Dade) would require the Department of Business and Professional Regulation (DBPR) to establish a searchable database of condominium and homeowners’ associations’ information, including whether the association has reserve accounts for capital expenditures and deferred maintenance, and if they are fully funded.  Another bill, SB 880 by Senator Jason Pizzo (D-Miami), would expand the jurisdiction of DBPR in investigating complaints about condo associations and revise criminal penalties for misdeeds.

“Condo boards themselves are very dysfunctional quite often.  I think there’s a lot of competing factors there that do make it more complex than you might think,” said Saunders, noting that condo bills historically are “complex and convoluted.”

Host Miller and guests also discussed the coronavirus pandemic, with both expressing doubt that the Capitol would close to the public during session, despite the new Omicron COVID-19 variant.   Also discussed were measures filed that would further regulate Pharmacy Benefit Managers, who are third-party administrators that serve as middlemen between drug manufacturers and retail pharmacies.

Both reporters expressed doubt that such potentially complex and time-consuming legislation would reach completion this session, given the once-a-decade required legislative and congressional redistricting the legislature must tackle by law.

“It is kind of a food fight,” said Saunders.  “The legislature this year, like they did 10 years ago, are saying how transparent they are and how legal this is going to be.  But that’s what they told us 10 years ago, and then the courts came down on them hard for all the behind the scenes shenanigans that went on to draw these maps.  But that’s the way it’s always been.  It’s not only parties looking for advantages, but it’s individual legislators looking to save their careers,” he said.

“This year, you’ve kind of got the Senate being the good guy,” added Vasilinda.  “Everybody’s raving.  The Democrats in the Senate are saying, ‘hey, these maps are all pretty good. We could probably live with these.’  But then the House is the one that’s playing some games, it appears, to distract perhaps the attention and how that all plays out.  But we will see it in court.  I can’t imagine we won’t,” he said.

“I think that redistricting, drawing those maps, and those meetings are going to be the most important, and will just hover over everything else that’s happening, including the budget,” predicted Host Miller. “So we’ll wait and see.”

The Florida Insurance Roundup from Lisa Miller & Associates, brings you the latest developments in Property & Casualty, Healthcare, Workers’ Compensation, and Surplus Lines insurance from around the Sunshine State.  Based in the state capital of Tallahassee, Lisa Miller & Associates provides its clients with focused, intelligent, and cost conscious solutions to their business development, government consulting, and public relations needs.  On the web at www.LisaMillerAssociates.com or call 850-222-1041.  Your questions, comments, and suggestions are welcome!  Date of Recording 12/20/2021. Email via [email protected]   Composer: www.TeleDirections.com  © Copyright 2017-2021 Lisa Miller & Associates, All Rights Reserved